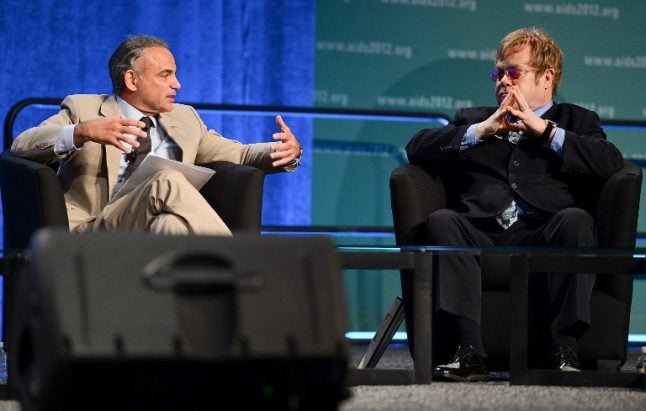 Luiz Loures (left) was in January cleared by the WHO's Office of Internal Oversight Services of wrongdoing. Photo: AFP

UNAIDS employee Martina Brostrom has alleged that Luiz Loures, a deputy executive director at the agency, sexually harassed her and assaulted her in a lift in 2015.

Loures has denied the allegations and an investigation by the World Health Organization's Office of Internal Oversight Services (IOS) cleared him in January of wrongdoing.

Monday is Loures's final day as a UN employee, according to UNAIDS.

Following fierce criticism of the earlier probe and the emergence of new allegations against Loures, UNAIDS sent Brostrom a letter on Friday announcing that the agency had decided to “suspend” the initial findings and re-open the case.

“Given the past irregularities in the prior IOS investigation, Ms Brostrom states that she has no confidence that an internal UN body… will be able to produce an independent and objective result”, said a statement sent to AFP by her lawyers.

UNAIDS has said the new investigation will be conducted by the oversight office based at UN headquarters in New York, with WHO director-general Tedros Adhanom Ghebreyesus serving “as the decision maker.”

AFP is also familiar with a letter sent to UNAIDS by Brostom's lawyers that raises broader questions about the new probe.

With Loures retiring in hours, the letter questions what jurisdiction an internal UN probe has to judge his conduct.

UN officials were not immediately available to provide clarity on that question.

The letter also warns that a toothless UN investigation of Loures could impact Brostrom's ability to pursue the case outside the United Nations system.

The other woman who has publicly accused Loures of sexual assault, former top UNAIDS official Malayah Harper, told AFP she was “surprised” to learn of the new probe “through the media.”

“I have not been contacted by UNAIDS since coming forward,” added Harper, who is now the general secretary of the World Young Women's Christian Association.

The crisis triggered by the Loures case has put pressure on UNAIDS chief Michel Sidibe, who has been accused of sheltering powerful men accused of wrongdoing.

The campaign group Code Blue, which has supported Brostrom, said the “new investigation will be riven by the same insurmountable conflict of interest that marred the first investigation.”

Code Blue has called for all sexual abuse investigations within the UN to be handled externally.