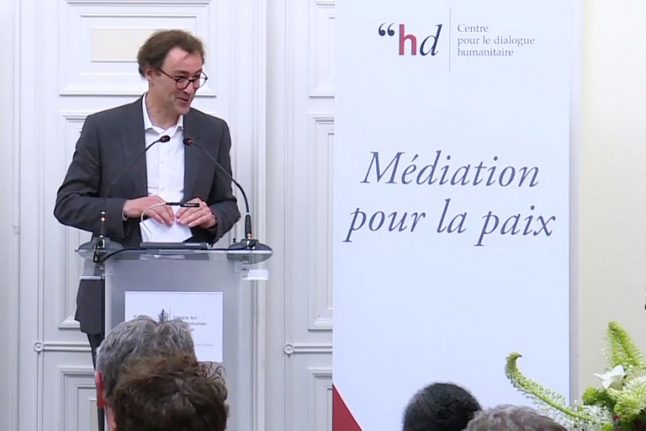 Following a week of rumours and speculation that the group was preparing to formally declare its dissolution, the announcement was made at the Centre for Humanitarian Dialogue (HD) in Geneva.

VIDEO: Basque separatist group ETA says it has 'completely dismantled all its structures' and 'put an end to all its political activity', in a statement read by the head of the Centre for Humanitarian Dialogue in Geneva pic.twitter.com/pWTzdGz69M

The centre, which for the past 15 years has been involved in mediating the Basque conflict, had attempted to keep the whole event under wraps.

It had refused to respond to media enquiries or to confirm any kind of ceremony would take place.

But after a leaked letter appeared to confirm the rumours Wednesday and media began camping out in front of the small centre, set in an idyllic park on the shores of Lake Geneva, its plans seemed to unravel.

The centre had invited only the BBC, Swiss broadcaster RTS and a Basque television station to witness the ceremony, but under pressure agreed to allow in other journalists, who at the last minute tumbled into a room full of dignitaries.

“I can say that as of 1400 hours today, the 3rd of May, ETA has ceased to exist,” David Harland, the executive director of the HD centre, told the crowd, before reading an official statement from ETA.

No members of the group were present, although they simultaneously published an audio recording of the statement read in several languages by veteran, high-level ETA member Jose Antonio Urrutikoetxea — better known as Josu Ternera and who remains wanted by police — and jailed ETA militant Marixol Iparraguirre.

Created in 1959 at the height of Francisco Franco's dictatorship, ETA was blamed for hundreds of killings and kidnappings in its fight for an independent Basque homeland in northern Spain and southwest France.

In what it said was its final statement, the group announced it had “completely dismantled all its structures” and “put an end to all its political activity”.

“ETA wishes to end a cycle of the conflict between the Basque Country and the Spanish and French states,” it said.

As he wrapped up his short speech, Harland reflected on how suddenly ETA, which has been blamed for the deaths of at least 829 people during its armed campaign, had ceased to exist.

He asked the guests to gather for a drink in the adjourning room, and waved out the media.

“Okay,” he said. “Thank you very much for coming. That is the end of ETA.”

Earlier on Thursday, Spanish Prime Minister Mariano Rajoy said Thursday there would be “no impunity” for ETA's crimes even though the Basque separatist group has committed to fully disbanding after more than four decades of violence.

“No matter what ETA does, there is no room for impunity for its crimes. ETA  can announce its disappearance but its crimes do not disappear nor do the efforts to pursue and punish them,” he said in a televised speech in the northern Spanish city of Logrono.

“We don't owe them anything and we have nothing to thank them for,” Rajoy added.

The legacy of ETA

Attacks by ETA and retaliation by Spanish state death squads traumatised Spain, peaking in the 1980s and 1990s.

But weakened in recent years by the arrests of its senior leaders, it announced a permanent ceasefire in 2011 and began formally surrendering its arms last year.

On April 20th it asked forgiveness from its victims for the first time for the “pain” caused by its decades-long campaign of violence.

Victims' campaigners complained that the call for forgiveness did not extend to those the group considered legitimate targets, such as police officers and politicians.

Some 300 ETA members are imprisoned in Spain, France and Portugal and up to 100 are still on the run, according to prisoners' families' group Forum Social.

The group has demanded that prisoners be moved to prisons closer to their families after the end of ETA.

International mediators are organising a peace conference in southwest France on May 4th. 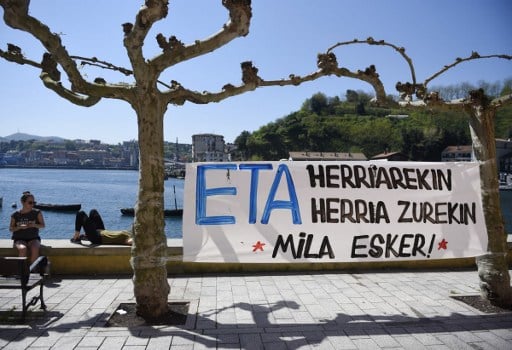 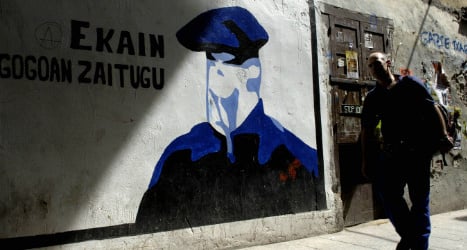