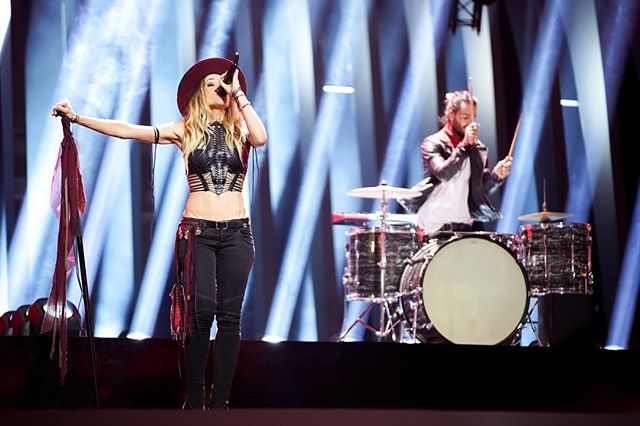 Switzerland have only made the Eurovision final twice in the last 12 years. Photo: Zibbz

Maybe it was the impenetrable lyrics, or just the difficult-to-pronounce band name, but a huge slice of power pop, big vocals and a rousing finale were not enough to carry Corinne “Coco” Gfeller (vocals) and Stefan “Stee” Gfelle of ZiBBZ through to Saturday's Eurovision final.

LA-based ZiBBZ – their name is a play on the word siblings – received a huge roar from the crowd after and error-free rendition of their song Stones.

But televoters on Tuesday and judges not so keen, meaning they won't be performing in the final in Lisbon this Saturday.

“We’re disappointed of course and now we just have to take it all in,” Coco Gfeller told Swiss media after the pair failed to make it to the finals.

However, the band can take solace from comments on social media, with plenty of people showing their support for the duo.

@zibbz_official No matter what happened yesterday, you are my winners. All the love for you guys?

I hope you are not too sad today. You slayed! I wished you would get to the final. Greetings from Austria to our neighbours ???

Tuesday’s result is just the latest in a series of poor showings for Switzerland at Eurovision. While it won the first-ever competition, held on home soil in 1956, it has since won only once when a certain Céline Dione claimed the prize in 1988 with this piece of Eurovision genius, last minute key change and all: