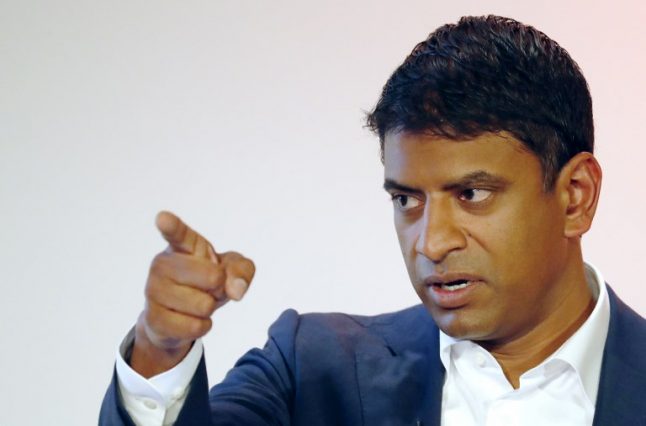 Clifford is currently suing Trump and Cohen to break her nondisclosure agreement related to that affair and Avenatti’s investigations into Essential Consultants are connected to that case.

After the news broke of the Novartis deal, US media speculated that with the payments, which began just after Trump took office, the Swiss firm had been trying to gain access to the US president. They pointed to the fact Novartis CEO Vas Narasimhan was one of a group of business leaders who dined with Trump at the World Economic Forum in Davos in January.

In a statement published on Wednesday, Novartis acknowledged the payments but denied any attempt to buy political influence.

“With the recent change in administration, Novartis believed that Michael Cohen could advise the company as to how the Trump administration might approach certain US healthcare policy matters, including the Affordable Care Act,” Novartis stated.

“The engagement of Essential Consultants predated Vas Narasimhan becoming Novartis CEO and he was in no way involved with this agreement. Contrary to recent media reports, this agreement was also in no way related to the group dinner Dr. Narasimhan had at the World Economic Forum in Davos with President Trump and 15 Europe based industry leaders,” the company said.

The statement noted Novartis first met Cohen in March 2017 but “following this initial meeting, Novartis determined that Michael Cohen and Essential Consultants would be unable to provide the services that Novartis had anticipated related to US healthcare policy matters”.

However, the contract could not be broken and payment continued for the 12-month period agreed to.

'Not a good day for Novartis'

In an internal Novartis memo quoted by the business news site CNBC, Narasimhan said “we made a mistake” entering into the arrangement with Essential consultants.

“As a consequence, we are being criticized by a world that expects more from us.”

“Yesterday was not a good day for Novartis,” he wrote in the memo.

Novartis now considers the matter closed but questions remain about why the payments were made and whether these constituted a form of covert lobbying.

Novartis has paid $11.92 million for official lobbying activities during the Trump administration, according to US healthcare news site STAT, which has covered the deal between the pharma and Cohen’s firm extensively.

However, the $1.2 million paid to Essential Communications was not filed as part of official lobbying expenses, details of which are available on the Center for Responsive Politics website, STAT reported.

STAT also reported that the $1.2 million paid by Novartis to Essential Communications was more than any of the sums paid to it to other providers of lobbying services.

But one Novartis spokesperson cited by STAT was unable to clarify the difference between the payments to Essential Communications and other lobbying activities.

STAT noted there was no evidence Novartis had carried out illegal activities by making the payments but did speculate that Novartis, with the payments, may have been hoping to boost its chances of winning Food and Drug Administration approval for its very expensive Kymriah therapy, used to treat a rare blood cancer. This approval was finalized during the 12-month deal between the pharma and Essential Communications.

“It is hard to determine if the line of action taken by Novartis was legally and morally in order,” Transparency boss Martin Hilti was quoted as saying by Swiss daily Blick, adding not enough information was available.

But speaking more generally, Hilti said: “When lobbying payments are made in the shadows or when the aim is to buy access with political decision makers, then it is highly problematic.”

“We need clear rules for lobbying at last. Lobbying has to be particularly transparent,” he said.

COVID-19
Europeans harden views towards US and EU after pandemic
Url copied to clipboard!