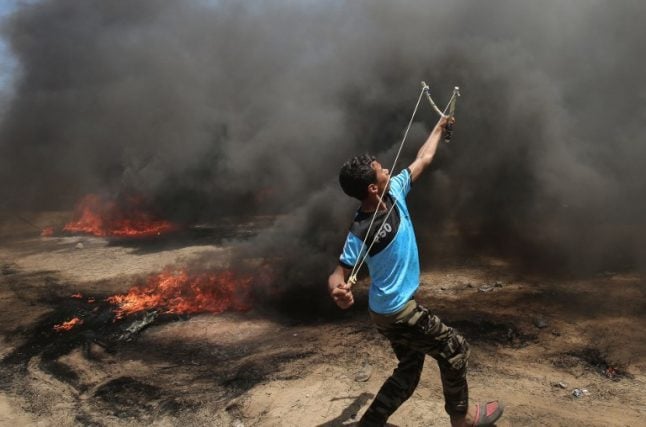 A Palestinian man on Monday during clashes with Israeli forces over the inauguration of the US embassy in Jerusalem. Photo: AFP

“The mere fact of approaching a fence is not a lethal, life-threatening act, so that does not warrant being shot,” rights office spokesman Rupert Colville told reporters in Geneva.

“It seems that anyone is liable to be shot dead,” he added, stressing that international laws which apply to Israel make clear that “lethal force may only be used as a measure of last, not first, resort.”

“It is not acceptable to say that 'this is Hamas and therefore this is OK',” Colville added, in an apparent dismissal of Israel's justification for the high casualty levels among Palestinians in clashes along the flashpoint border.

Israel accuses Hamas, the Islamist group that controls Gaza, of being behind the protests and says it is merely defending its territory.

Colville also noted that a double amputee was among the Palestinians killed.

“How much threat can a double amputee be making from the other side of a large fortified fence?” he asked.

Most of the 59 Gazans who died Monday were shot by Israeli snipers, Gaza's health ministry said.

At least 2,400 others were wounded in the bloodiest day in the Israeli-Palestinian conflict since the 2014 Gaza war. 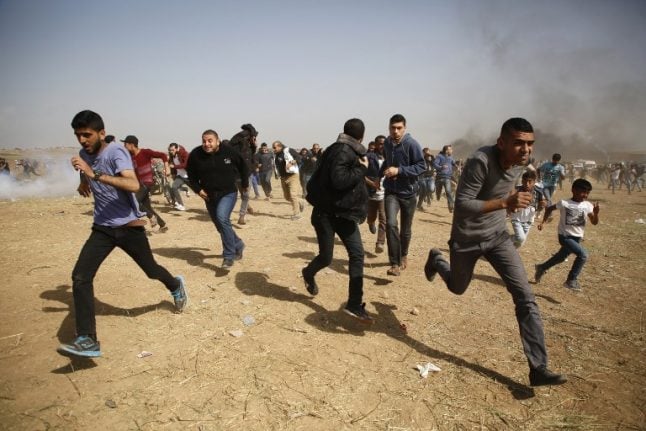 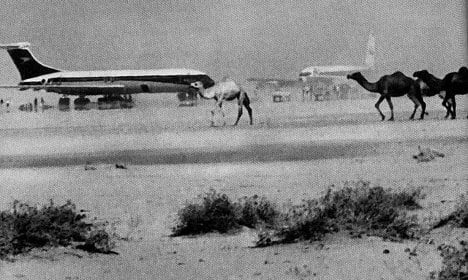