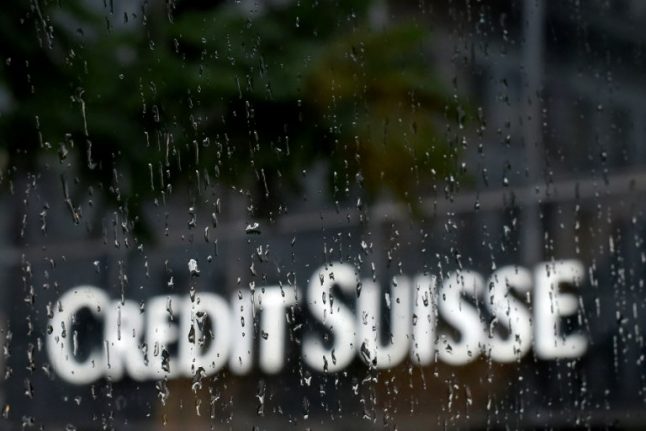 US authorities began investigating hiring practices at the Asian branches of large banks in 2013 amid suspicion they were giving jobs to well-connected youth in exchange for other business in China, including with government-controlled corporations.

Such a quid-pro-quo could run foul of the Foreign Corrupt Practices Act, a US anti-bribery law.

Credit Suisse said Wednesday it was “pleased to have reached a resolution in a non-prosecution agreement with the Department of Justice to resolve their investigation” into its hiring practices in Asia between 2007 and 2013.

“No criminal charges have been brought,” it stressed, adding that it would pay a penalty of $47 million (€40.1 million).

The amount, it said, “has been substantially provided for in prior periods” and would therefore not have any “material impact” on its second-quarter earnings, which will be announced next month.

Credit Suisse said it had “implemented numerous enhancements to its compliance and controls function”, and stressed that it remained “committed to upholding the highest standards of integrity and fair business practices in every jurisdiction in which it operates.”

At least six other banks were caught up in the US investigation: JPMorgan, Citigroup, Goldman Sachs, Morgan Stanley, Deutsche Bank and UBS.

In 2016, US bank JPMorgan also reached a deal with US authorities to end the probe, dishing out $264 million in penalties.

She worked for Credit Suisse from 1999 to 2001 and she and her firm Fullmark Consultants Limited were later employed by JPMorgan, sources familiar with the probe told AFP in 2015.

JPMorgan also recruited Gao Jue, the son of former Chinese commerce minister Gao Hucheng, who had the authority to approve and block mergers.

The grand-daughter of former Chinese President Jiang Zemin, Jiang Zhicheng, meanwhile reportedly worked at Goldman Sachs, while Tang Xiaoning, the son of the president of the China Everbright Group, a state-controlled financial company, worked at JPMorgan, Citigroup and Goldman Sachs.