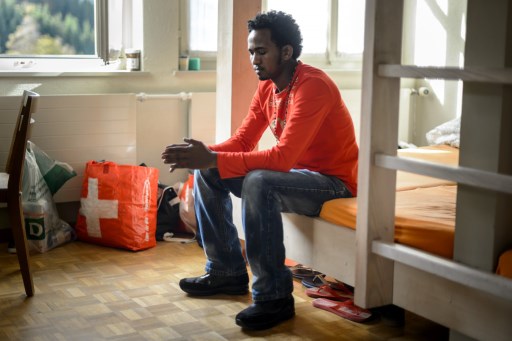 According to newspaper reports, the teenager had been given temporary accommodation by the commune of Rafz after he received permission to remain in Switzerland.

Despite an extensive search and over 100 applications, the Eritrean failed to find an apartment at the end of the temporary accommodation period in February.

The commune was unwilling to help with the search and referred the young man to the emergency shelters run by the canton of Zurich, the Tages Anzeiger said.

In a letter, the commune of Rafz said it was “reasonable” with the approach of spring for the teen to sleep outdoors. “You could buy a tent and a sleeping bag,” it wrote.

The commune also stopped paying for the man to attend German language classes on the grounds that he needed to put all his energy into finding somewhere to live.

The Zurich advisory service for asylum seekers, to which the man then turned in his desperation, said it appeared the commune wanted to force the social welfare recipient to move elsewhere.

It added that a tent did not count as accommodation.

The law obliges the communes to help people in need, according to the advisory service.

A spokeperson for the Rafz social welfare department admitted that the tent suggestion “went too far” but denied any wrongdoing.

He told the paper that the commune had done enough to help in this case.

The Eritrean has in the meantime found a place in a shared apartment and hopes to return to his German class as soon as possible, the Tages Anzeiger said.