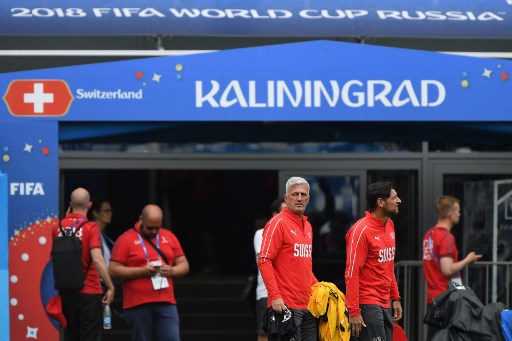 The three Swiss – Josef Wyer, Werner Zimmermann and Beat Studer – left Küssnacht am Rigi in the canton of Schwyz on June 9th.

They completed the 12-stage 1,800 km journey on Thursday when they drove into Kaliningrad on their 54-year-old red and white tractor, known as Gritli.

However, they did have one anxious moment while crossing Poland when they were stopped by police after taking a wrong turn, 20 Minutes reported.

The three Switzerland supporters are raising money on their trip for a charitable foundation, Joy Prevails, set up by former Swiss sport minister Adolf Ogi.

The Switzerland-Serbia clash starts at 8pm on Friday.

Friday’s game could decide the fate of Group E, with both sides vying for a single last-16 spot alongside Brazil.

Swiss coach Vladimir Petkovic has vowed his side will maintain the robust approach that earned them a draw against Brazil in their first World Cup match, AFP reported.