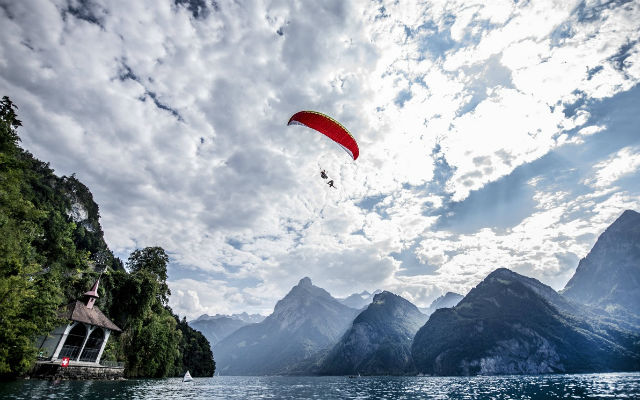 American cliff diver David Colturi injured himself as he paraglided into the lake, beside Tell's Chapel – near where William Tell is said to have escaped from the boat of a bailiff by jumping into the lake – as a promotion jump for the cliff diving event which takes place on Saturday on Lake Lucerne.

Colturi will now be forced to sit out the world series event on the weekend. “Even though in our sport accidents can happen every day, even after intense preparation, it is regrettable that it happened to me,” said Colturi, in a statement released by Red Bull.

The stunt preceded the fourth stage of the Red Bull World Cliff Diving Series, which is scheduled to take place in Sisikon on August 5th, starting from 15.30.

That event, which sees a a return of the extreme sport to Switzerland after an eight year absence, will also be the first time women will be seen in action in the official competition in the Alpine nation.

The Red Bull Cliff Diving World Series event can be followed live on Saturday here. The event take place near the Rütli meadow where the Switzerland Confederation was founded in the late 13th century.