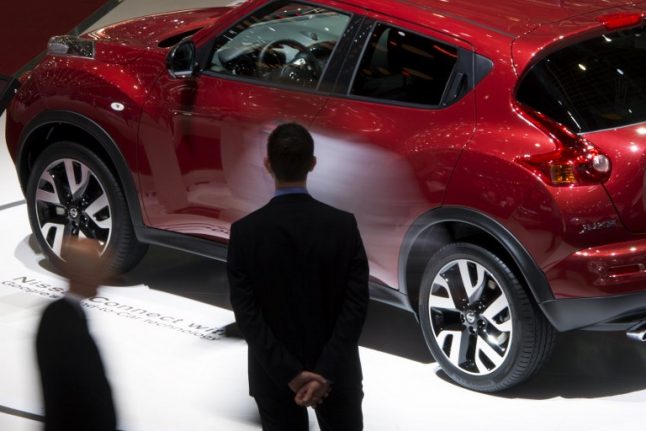 A Nissan SUV on show at the Geneva International Motor Show in 2013. File photo: AFP

Anyone who has been driving in Switzerland in recent years will have noticed the rise in popularity of large sport utility vehicles (SUVs).

In fact, these cars made up a third of all new vehicles on the road in 2016.

But many Swiss roads are not designed for SUVs and have become dangerous as a result, according to Swiss transport research organization VSS.

To tackle the problem, the VSS – with the support of the federal government – has drawn up plans to see road lanes widened by 10–50 centimetres.

The draft rules should come into force within a year and have the backing of the Federal Roads Office as well as groups including trucking lobby Astag and the car importers federation auto suisse. The canton of Basel-Landschaft is even ahead of the curve: in 2015 it decided all new streets would be wider.

But there is plenty of opposition to the plans, as Switzerland’s SonntagsZeitung reported. In fact, a first draft of the new rules calling for road lanes to be widened by up to a metre in urban areas was withdrawn in the face of criticism.

Among the opponents of the plan to widen streets is the the Swiss Council for Accident Prevention (BfU), which argues that wider streets will lead to people driving faster.

The VCS Verkehrs-Club der Schweiz, which has a focus on green transport, also says the plan is flawed and the country needs to focus on bringing in more 30-kilometre an hour zones, arguing the presence of SUVs on the road is not a problem if people are driving slowly enough.

Switzerland needs more space for bicycles not cars, the VCA said in comments made to news portal 20 Minuten.

Now the debate has taken on a political dimension: Aline Trede, a federal MP with the Greens, told 20 Minuten the government had made a commitment to reduce CO2 levels from cars. She said any move to widen streets for SUVs signified a “capitulation on climate goals”.