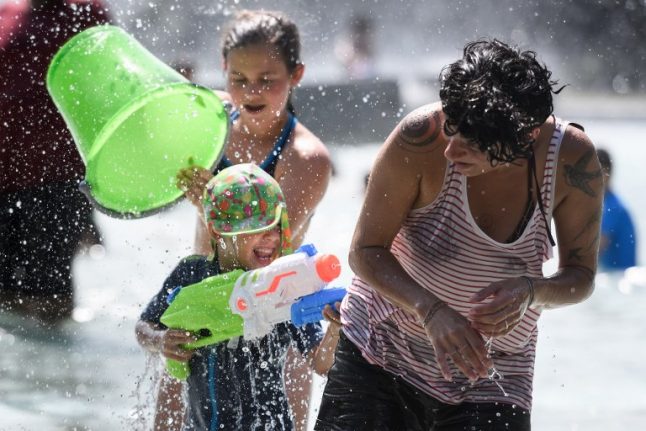 After a cold front last Friday, temperatures again picked up on Saturday, hitting the high 20s in much of Switzerland and surpassing meteorologists' magic 30C-mark – the official indicator of a “hot” day – in the canton of Graubünden.

The weather was a bit warmer on Sunday, again with the key 30C-mark reached in the canton of Ticino and along the Rhone Valley. A dried out sunflower near Perly-Certoux, canton Geneva, in August. Photo: AFP

This means Switzerland has now experienced eight weekends in a row with at least one day over 30C. The last time the thermometer failed to hit this mark was on the weekend of June 23rd and June 24th.

The summery conditions are set to continue until Friday. Valais and Ticino can expect the warmest of the weather while the northern side of the Alps can also expect very warm weather with possible afternoon rain showers or storms, especially in the mountains.

After a cooler weekend coming up, the fabled summer of 2018 is set to continue.

While the hot summer weather has been welcomed by holidaymakers, the dry conditions have made life difficult for farmers and wildlife. The army has helped bring water to thirsty cows in the Alps while the Swiss Fishing Federation told The Local fish populations were seriously struggling.

There has also been a spike in the number of people drowning in the county's lakes and rivers.