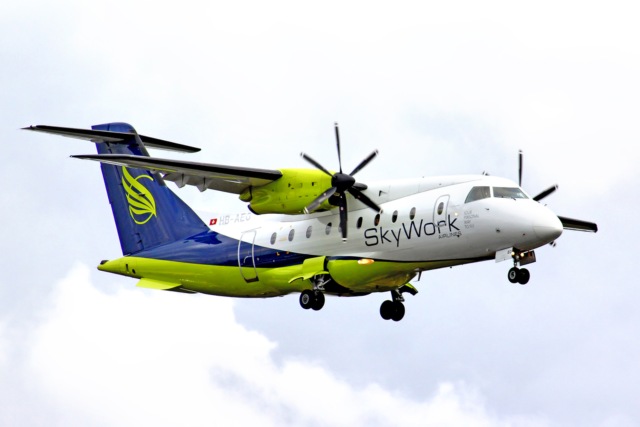 SkyWork had been in financial difficulties for some time. File photo: Depositphotos

The airline serviced 22 destinations around Europe this summer from its Bern-Belp base.

But in a media release issued on Wednesday, the company said it was ceasing operations after attempts to team up with possible partners had made its financial position untenable.

SkyWork, which began as a flight training school before it began operation scheduled flights in 2009, will now hand in its business license to civil aviation authorities and begin bankruptcy proceedings.

Last night, Skywork's aircraft were still on their regular stands in front of the Tower at their Bern-Belp base. This morning they have all been moved away… As big a blow for the airport as for the airline, most likely. ? https://t.co/S9tuMjbyop pic.twitter.com/bFOl8rT0iK

Switzerland’s Federal Office of Civil Aviation has published information (in English) for ticket holders looking to be reimbursed for cancelled flights.

Affected passengers have been told not to go to the airport with the facility described as a ghost town in Swiss media reports.

The grounding of SkyWork meant the disappearance of “the last truly Swiss airline from the skies” said the company in its statement. The national airline Swiss is a subsidiary of Germany’s Lufthansa group.

SkyWork’s demise does not come as a complete surprise: its flights were grounded for three days in October 2017 owing to financial difficulties before the airline received a last-minute reprieve from the Swiss government.

What the end of the company means for Bern-Belp airport is unclear. SkyWork flights made up nearly 60 percent of its flight schedule. In a statement, airport authorities said they were in contact with a number of airlines and hoped to maintain connections to and from the most popular destinations in its network.