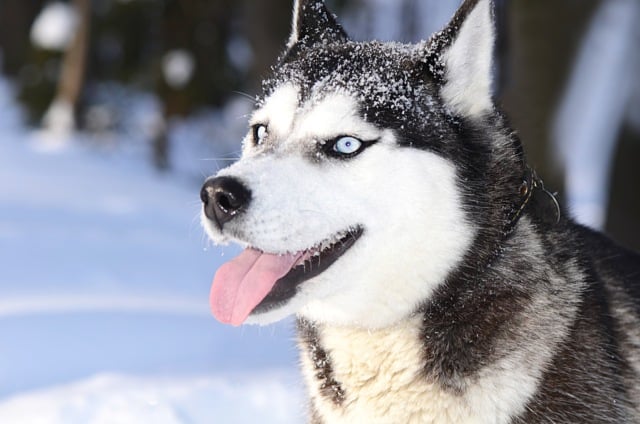 A husky in the snow. File photo: Depositphotos

On Tuesday, veterinary services in the Swiss canton of Bern carried out orders from the Swiss Federal Supreme Court and impounded 34 huskies on a property in the Emmental valley.

The veterinary staff were accompanied by police and army personnel in an operation that came at the end of a long and bitter legal dispute.

In February of this year, the Federal Supreme Court upheld a ruling by a cantonal court in Bern that the husky breeder must reduce his pack from 50 animals to 19 to ensure his animals received enough exercise.

The animal breeder was given six months to find a new home for the animals but he failed to do so.

The 34 dogs seized, mostly huskies and Siberian huskies, were described as being in good condition. They are now being looked after by the army and will be sold.

The dispute between the animal breeder and cantonal authorities stretches back to 2014. The man who has lived in the Emmental’s Röthenbach commune since 2008 was sentenced for numerous violations of animal protection laws and animal diseases legislation.

Cantonal veterinary authorities demanded the man limit the number of his animals to 19, cease breeding of huskies and document a training plan for the dogs.

Instead the breeder took the matter to all the way to the Federal Supreme Court where he argued the veterinary ruling was “arbitrary” and that he required enough dogs to ensure he could offer sled rides to customers.

He also brought in an expert witness who said his dogs were in “perfect health” and stated the removal of certain animals could harm the overall well-being of the pack, according to regional daily the Berner Zeitung.

However, the Federal Supreme Court uphold the position of Bern veterinary authorities who argued that three people needed to be working full time to ensure the animals had enough exercise – something which was not the case.