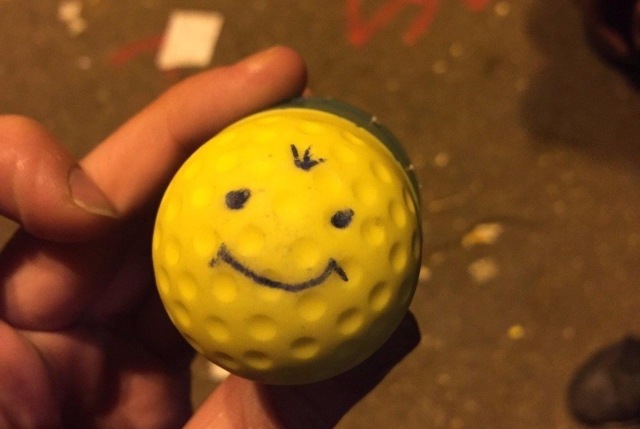 On the night of September 1st, a group of around 24 young people threw stones and bottles at riot police who responded by using pepper spray and rubber bullets, according to a police press release.

The clashes outside the left-wing Reitschule – a frequent site of tensions between police and visitors – lasted for several hours.

Three police officers were injured while paramedics treated a number of people suffering after being attacked by pepper spray.

The following day, the Reitschule issued a press statement saying “violent” police had used rubber bullets painted with smiley faces and other inscriptions.

Police firmly denied the allegations. “We don’t do that. Such an action is against policy. We wouldn’t tolerate it” a police spokesperson said in comments made to local daily Berner Zeitung.

But on Monday, police in Bern were made to eat their words. They admitted one of their officers had indeed painted a smiley face on a rubber bullet.

A spokesperson for the force told regional television station Tele Bärnthat the officer in question had come forward and had admitted to painting the image during a sports event several months ago.

The spokesperson said the officer had been spoken to but would not face judiciary action.

The city-owned Reitschule is a controversial feature of Bern’s cultural landscape. City residents have been to vote on its future on numerous occasions but have continued to support its existence.