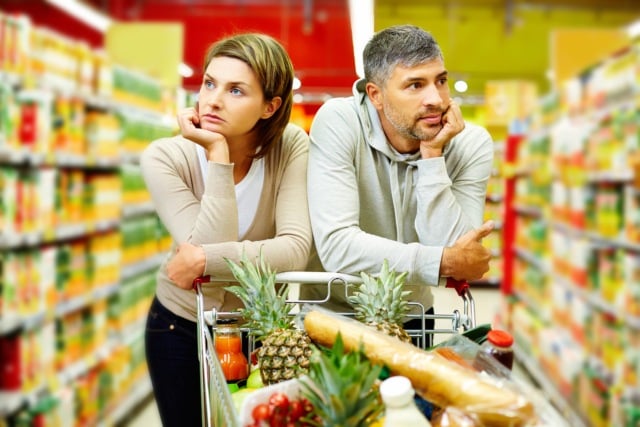 Switzerland is mostly an urban society these days but farming and agriculture are essential to Swiss cultural identity.

With cheaper foreign goods taking a bite out of Switzerland’s agricultural industry and many people feeling the country's high food standards are under threat, concerned consumers and industry players are looking for ways to ensure the sector can survive.

On September 23rd, Swiss voters will cast their ballots on two referendums on the future of the food industry. Here are the details.

What are the referendums?

The first referendum is known as the Fair Food initiative while the second is the ‘food sovereignty’ initiative.

Both are popular initiatives, meaning that under the rules of Swiss direct democracy they were triggered by their supporters collecting at least 100,000 signatures.

What is the difference between the two referendums?

This is a good question. At first glance, the proposals being voted on are fairly similar. Both call for constitutional changes that would see Swiss consumers have greater access to locally-produced, healthy and organic food and both call for fair wages for people working in the agricultural sector. Rapeseed fields near Daillens in the canton of Vaud. Photo: AFP

However, there are differences. The Fair Food initiative calls on the federal government to promote environmentally-sound, animal-friendly and fairly-produced foodstuffs. It would lead to the introduction of more detailed labelling of products in stores and make the government bring in measures against food waste.

Critically, the fair food referendum text also states that imported foodstuffs would have to meet Swiss standards. To ensure this was the case, compliance checks would have to be carried out by conducting inspections in Switzerland and abroad.

The food sovereignty initiative calls for a far more radical overhaul of the agricultural sector, with a new focus on small, family farms. The most far-reaching proposals include a ban on gene technology (there is currently a moratorium in place in Switzerland), measures to boost the number of people working in agriculture, the setting of fair prices for all agricultural products and higher duties and quotas for imported foodstuffs. Imports of products that don’t meet Swiss standards could be banned.

Who is behind the proposals?

What do the supporters of the referendums argue?

Supporters of the food sovereignty initiative – a group that includes the Greens, the Socialists and around 70 other organizations including Slow Food Switzerland – say current agricultural policies are killing off the Swiss agricultural sector. Small farms are closing and larger farms are taking their place. Deregulation is benefiting middlemen and retailers but not farmers themselves. They say producers are no longer getting a fair wage and neither farmers nor consumers have benefited from the changes of the last two decades. A 2017 protest against agricultural giant Monsanto outside its HQ in Morges, canton Vaud. Photo: AFP

Backers of the fair food initiative – a group including the Greens, the Socialist Party and animal rights, environmental and aid groups – say the shelves of Swiss shops are a dumping ground for cheap foreign products, which undermines Swiss attempts to produce environmentally-friendly food and animal products that are produced without cruelty to animals.

Read also: Oversized Swiss cows too big for their stalls

Supporters say people working in the agricultural sector both at home and overseas should receive fair wages while Swiss consumers are unaware of the pain caused to animals by the meat production processes in other countries.

What do opponents say?

Opponents have criticised both initiatives on the grounds they would lead to more bureaucracy, higher prices for consumers (in 2015, the Swiss spent an average 6.3 percent of their household budget on food and soft drinks – very low by European standards) and potential conflicts when it comes to existing international trade treaties.

In the case of the fair food initiative, opponents, including the government, which has come out against the proposal, say constitutional changes are not necessary to ensure environmentally-sustainable, healthy and fairly-produced food.

They say current standards are already high and proposed controls on foreign goods could mean higher prices: the CEO of Swiss supermarket giant Migros, for example, warned of price rises of 20 percent if the voters backed the referendum. He also noted that there could be less choice for shoppers because some foreign producers would choose not to bother to produce foodstuffs with stringent new standards for a market as small as Switzerland’s.

For the food sovereignty initiative, which the Swiss government also opposes, there are also concerns about higher prices for goods because the proposal calls for elevated duties on foodstuffs that don’t meet Swiss standards.

The government has also cited concerns about increased bureaucracy and conflicts with foreign trading partners while centre-right and right-wing parties say the initiative would lead to a Soviet-style agricultural sector with heavy government intervention.

Will Swiss voters back the proposals?

Probably not, although it is a close call at the moment. A recent poll from Bern-based pollsters Gfs found 49 percent of people were either in favour of or strongly in favour of the food sovereignty initiative. That is a long way down from the 75-high percent of mid-August.

Gfs figures show a similar decline in support for the fair food initiative: 53 percent of respondents were either in favour of or strongly in a recent poll, well down from 78 percent in the middle of last month.

Market researchers GFS Bern, who conducted the main polling throughout the campaign, projected that 58 percent of voters backed the so-called “Lex Netflix”.

And 59 percent approved a law change that would automatically register individuals as organ donors after death, unless they opt out.

Under the wealthy Alpine nation’s direct democracy system, voters are called to the polls four times a year to decide on specific topics, according to popular demand.

The polls closed at midday (1000 GMT), with most ballots having already been sent in by post over the past four weeks.

The results are due later Sunday, with each of the Swiss confederation’s 26 cantons reporting their results in turn.

Since 2007, domestic television broadcasters have been obliged to invest four percent of their turnover in Swiss film-making.

The amendment was brought forward to reflect the dramatic shift in how audio-visual content is now consumed, with global streaming platforms like Netflix, Disney+ and Blue now making hundreds of millions of dollars in
Switzerland each year.

Streaming services will now have to submit to the four-percent rule.

Swiss cinema production pulls in around 105 million Swiss francs ($106 million, 101 million euros) a year, according to the culture ministry — but could now be in line for an additional 18 million francs.

The platforms will also be required to ensure that European-made films or series make up at least 30 percent of the content available in Switzerland, as in the neighbouring European Union.

Right-leaning opponents had collected enough signatures to take the change to a referendum.

Transplant laws
The vote on changing the organ donation laws will see everyone become a potential donor after death unless they have expressly opted out.

Up to now, transplants were only possible if the donor clearly consented before they died.

The government and parliament wanted to change the law to a “presumed consent” model — as used in a number of other European countries.

Relatives will still have the right of refusal if they suspected that the deceased would not have wanted to be an organ donor.

A group of opponents, backed by the populist and religious right, gathered enough signatures to force a referendum.

At the end of 2021, more than 1,400 patients were awaiting transplant organs in Switzerland, a country of around 8.6 million people.

But 72 people died last year while on the waiting list, according to the Swisstransplant organisation.

Frontexit averted
Ties between Brussels and Bern have been strained since May 2021 when non-EU Switzerland suddenly decided to end years of discussion towards a broad cooperation agreement with the bloc.

The clear support for Frontex has avoided aggravating the stand-off.

Under Europe’s expansion plan, Frontex will have a permanent contingent of 10,000 border guards and coast guards.

Switzerland will nearly triple its financial contribution to Frontex to 61 million Swiss francs ($61 million, 58 million euros) annually, and increase its personnel contribution from six people to around 40.

The government warned voters that if they rejected the expansion, Switzerland risked automatic exclusion from the Schengen area.