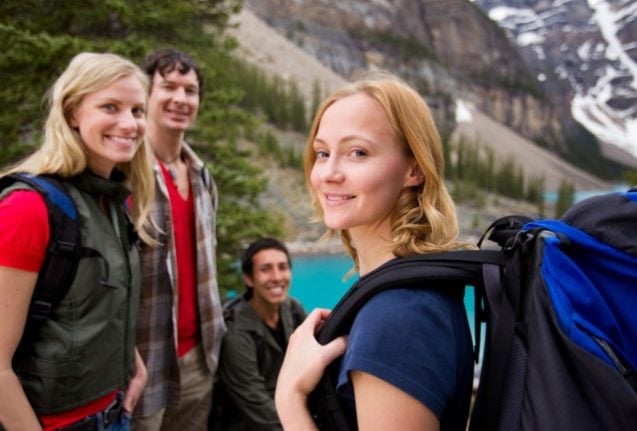 Making friends in any new country is difficult enough. In Switzerland, where people are generally pretty reserved and extremely respectful of other people’s privacy and time, it can be ever harder – especially if social life tends to be a bit more spontaneous where you come from.

Recently we asked readers for advice on how to break the ice and make friends in Switzerland. Here are some of your tips.

It might sound like a no-brainer, but the best way to a person’s heart is often through their ears. Even though lots of people in Switzerland speak a decent level of English (and are pretty nifty with foreign languages in general), there is nothing like the sort of communication that comes to speaking to someone in their own language.

As The Local reader Ritchie told us on Facebook: “Start small but be persistent, stick to your broken, poorly-pronounced, badly-translated speech and it’ll pay off,” he added.

In terms of learning the language, there are all sorts of classes on offer. One reader, Carolyn, who did graduate studies in Switzerland pointed out her university had offered tandem language classes and she had met people that way: a great way of killing two birds with one stone.

“The benefits [of tandem classes] are huge,” Myriam Moraz, who manages the University of Lausanne’s tandem scheme told The Local last year.

“Along with practising oral skills, students learn a lot about the way of life in Switzerland. What they learn is much more effective than in a classroom, and it is a great way to make Swiss friends.”

Of course, if you are learning Swiss German, there are a whole set of other issues. Here are some tips on learning the dialect from those who have.

2) …or learn another language

Language classes are a popular hobby in Switzerland, and if you want to meet Swiss people, doing a class in a popular foreign language (Spanish, for example) or another of the national languages (like Italian) is a great idea.

Studying alongside Swiss people is also great because everyone is busy making mistakes and trying to make themselves understood – something that is not always the case in the rush of everyday Swiss life.

Switzerland is the land of chocolate, cheese, cows…and clubs. Official figures show nearly six out of then people aged over 18 are members of a club, with four out of ten actively involved on a regular basis. It’s no surprise, then, that a number of readers suggested joining a club was a great way to meet people here.

Local town halls are a great place to start. There are also websites like this one which has an interactive map letting you select the canton you are interested in. You will be amazed by the variety on over.

Volunteering was another option suggested by a couple of readers,

As one of our readers, Hayat, told us: “The best way to make lots of wonderful friends in my opinion is to do volunteer in your area or different places!”

There are plenty of opportunities for volunteering in Switzerland. Try your local town hall for starters: Zurich, for example, has all sorts of options for English speakers ranging from tandem language classes to helping out elderly neighbours with things like shopping.

Read also: Nine things that are sure to surprise you about moving to Switzerland

In Basel, there is BaselConnect, which aims to promote collaboration between expats and locals, and in Geneva, there is Serve The City Geneva which links people wishing to volunteer with existing organizations.

Then there are nationwide organizations like Swiss Volunteers, which is always looking for people to assist with sports events, for example, or the charity Caritas, which offers volunteering possibilities ranging from running language classes for migrants to helping mountain farming families in need.

5) Have a positive attitude

Many of our readers stressed the importance of having an open mind and being open to new experiences.

“Say ‘yes’ to everything and put yourself outside of your comfort zone. You never know what gems you will meet!” was the advice of Local reader Jennifer.

Meanwhile, another reader, Shelby, stressed the importance of just getting out there, organizing activities and having a smile ready for people.

“Some people took a couple years before they opened up (my old neighbours who were very shy) but eventually everyone did and we became friends,” Shelby told us on Facebook.

“I think some can be a bit closed to making friends as they think you will be gone shortly so why bother, but in general people are happy to meet new people. You just need a bit of patience and energy,” she added.

One of our readers, Megan, stressed the importance of learning about and respecting Swiss customs, including the fact that you, as a newcomer in a group or an apartment building, are the one who is supposed to make the initial introduction.

Respecting customs is also crucial when it comes to arranging to see people socially – as anyone who has tried repeatedly to catch up with a Swiss acquaintance only to be told ‘no’ on multiple occasions will appreciate.

“Dropping by and expecting to come in or calling up to spontaneously hang out also doesn’t work for a lot of Swiss people as it is customary to schedule things well in advance,” says Megan. The lesson here is to get out your diary and schedule things a long way in advance. Often it’s the only surefire way to ensure you will actually manage to meet up.

“Politeness and respect are key to getting to the gooey warm centre of the sometimes hard, reserved exterior of the Swiss.”