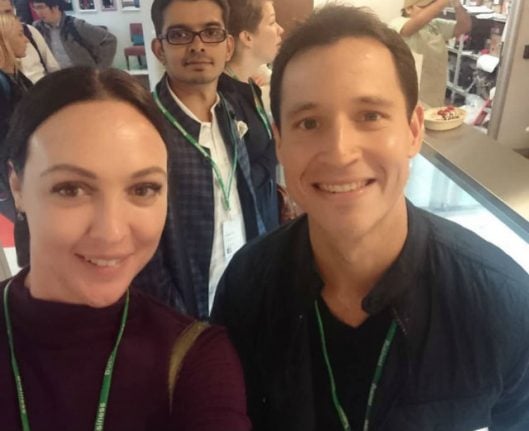 Photo: Lynette and a fellow student.

This year marks the third year that SSE, which is one of Europe’s leading business schools, has organised the popular field trip. The week-long itinerary includes a series of impressive guest speakers, lectures, company visits and a live group project. It’s not for the faint of heart but then neither is the intense 18-month Executive MBA program.

“It’s useful for them as the students get to see a context they might not be used to,” explains program director Angelika Lindstrand. “We also go to Hong Kong in the spring; the two trips together allow them to compare these different areas to understand how they work and get a deeper understanding of the business world.”

Find out more about the Executive MBA at SSE

This year’s Silicon Valley trip took place between 15th-19th October. The cohort of students jetted out to the prolific tech hub to mingle with and learn from its professional community. Fun it may be but the trip also shows them the challenges faced in the competitive and fast-paced world of tech.

“Often students have this romantic view of Silicon Valley,” says Angelika. “They think that it’s just money flowing and it’s so easy to pitch ideas. So I wanted them to understand what it’s really like, how much hard work is involved and how difficult it can be. But also what a creative, innovative and fun place it is.”

One way Angelika does this is by setting students a task to work on a live project throughout the week. The idea is for them to team up to devise a business idea that doesn’t just have legs but that can stand up for itself in Silicon Valley.

READ MORE: Why getting an MBA pays off for you – and your boss

“They have a pre-assignment and they have to think about whether their product or their company would fit in the Silicon Valley context,” explains Angelika.

It encourages the cohort to get creative and be proactive, asking in-depth questions to people they meet throughout the week as opposed to passively learning.

“They have to find out as much market knowledge as they can. So we have people coming in during the week whom they can talk to. On the Monday, for example, we have a whole panel of entrepreneurs who have done this journey before.”

Angelika wants the cohort to be as proactive as possible but, of course, the week also involves plenty of listening and learning. Among this year’s guest speakers were head of venture capital relationships at SV Bank Kevin Scott, Stanford School of Engineering Professor Raymond Levitt and marketing strategist Joshua Reynolds. Each speaker imparts their hard-earned industry knowledge as well as sharing their two cents on what makes Silicon Valley tick.

Find out more about the Executive MBA at SSE “We had a reunion with my first SSE MBA group a few weeks back and they still talked about what an amazing thing this is to do,” recalls Angelika.

The Silicon Valley field trip was among the reasons the Executive MBA program appealed to Head of Commercial Analytics and Intelligence for Ericsson Lynette Hoffmann.

“Silicon Valley is an ever-evolving place and SSE is balancing our learnings from the trip with a good view of Hong Kong and an economic view of a growing EU market in Latvia,” says Lynette, who is originally from South Africa.

Lynette is now midway through the program with around eight months to go until graduation. Like the other students on the program, she is simultaneously working whilst she studies. It’s tough but Lynette knew that an Executive MBA would be a valuable tool in her toolbox if she wanted to take the next step in her career.

“My values of continuous learning in combination with the need to enhance my skills in terms of international management gave me the idea to apply for an MBA,” Lynette tells The Local.

Part of the Silicon Valley trip involves company visits which the students are encouraged to organise themselves. This way, explains Angelika, they are able to get into smaller groups and visit organisations that are part of industries in which they have a vested interest.

First on the agenda for Lynette was a visit to AT&T Foundry CTO office followed by a trip to Facebook HQ which she personally arranged for her group. The students were received by Markku Mäkeläinen, Head of Global Operator Partnerships at Facebook, who shed light on Facebook’s long-term technology strategy and advised them to prepare for the new reality that the advent of 5G will bring including learning how to work in an AI-driven environment. Afterwards, Lynette and her fellow students were taken on a company tour which showed Facebook’s evolution and current work environment. For the students, it was a thrilling look inside one of Silicon Valley’s most innovative companies and the chance to experience a regular day at the tech behemoth.

READ MORE: How to take the next step in your Swedish career

Lynette describes the week as an “exciting 360-degree view of Silicon Valley” in which students were able to focus on leveraging the networks they gained as well as the existing networks within the cohort. It’s an experience she won’t be quick to forget and that she believes, combined with the upcoming trip to Hong Kong, will push her management skills and network to a new level.

“Of great value to my professional journey was to gain a framework for international business expansion and a relevant structure through which to approach a world-class unicorn system, either as a founder, business developer or investor,” concludes Lynette.

Prepare yourself for leadership challenges with the Executive MBA at SSE

This article was produced by The Local Creative Studio and sponsored by SSE. 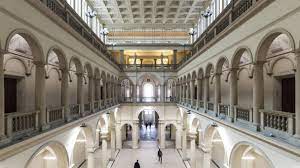