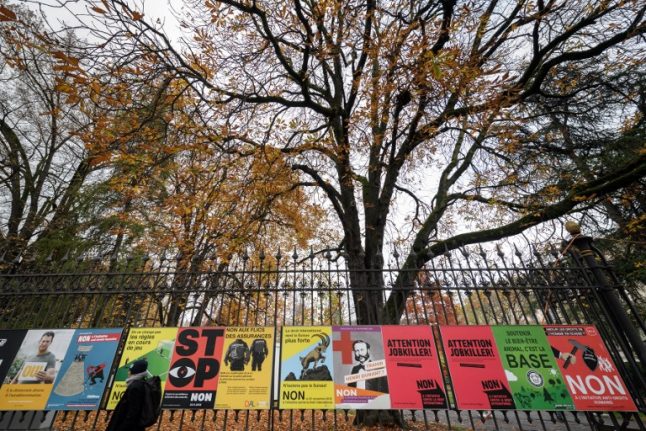 Two in three Swiss voters (66.2 percent) said no to the initiative while 33.8 percent of voters said yes, according to preliminary official results published by the Swiss government. Voter turnout was a high 47.7 percent.

The initiative backed by the right-wing People’s Party (SVP) called for Swiss law to be given precedence over international law except in a very limited number of cases.

Read also: What you need to know about the 'Swiss law first' referendum

In the lead-up to the poll, supporters of the initiative argued Swiss independence and its system of direct democracy were under threat. But opponents said the initiative threatened the stability, prosperity and credibility of Switzerland as an international partner.

The initiative, which could have seen Switzerland backing out of international commitments was also viewed as an attack on human rights.

“The result [today] proves once again that while the SVP can score points with initiatives related to foreigners, it is less successful when it comes to questions of national politics,” Martina Mousson of pollsters gfs Bern told The Local.

She said that while Swiss voters obviously see direct democracy as very important, they had rejected the Swiss law first initiative because they did not want to endanger Switzerland's position as a small, export-dependent country.

She also noted that the SVP had “failed to convince voters outside of its electorate” with the estimated 33 percent achieved only just above the 29 percent of voters who voted for the party in the 2015 Swiss general elections.

“Direct democracy is dying a slow death,” said SVP MP Hans-Ueli Vogt, the man behind the initiative, as the preliminary results came through.

“Our opponents had too many arguments about human rights, isolationism and the lack of the unreliability [of Switzerland],” he said.

Read also: Why the Swiss are having a referendum about cow horns this weekend