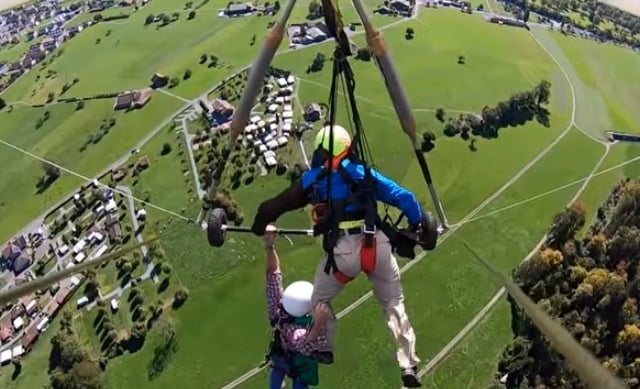 "I will go hang gliding again as I did not get to enjoy my first flight," said Chris Gursky after the incident.

Chris Gursky had to hang on for his life after he left the ground unattached to his hang glider on the very first day of a recent trip to Switzerland.

A video of the incident near the popular tourist hub of Interlaken shows Gursky dangling from the glider as the pilot desperately looks for a safe spot to land.

The action continues for over two harrowing minutes as Gursky and the pilot cling on to each other.

Finally, the pair come in to land in a field and the US tourist can let go.

Gursky suffered a fracture to his right wrist on landing. He underwent surgery and a titanium plate and seven screws were installed. He also tore his left bicep tendon during the flight.

But as he wryly puts it: “It beats the alternative.”

At the end of the video, the tourist notes that although his pilot made a “critical error in our pre-flight setup”, he had done all he could to get the pair to the ground as quickly as possible while flying with one hand.

“I will go hang gliding again as I did not get to enjoy my first flight,” he concludes.

The president of the Swiss Hang Gliding Association (SGV), Christian Boppart, described the video as “horrifying”.

This is such a basic mistake,” he told The Local on Tuesday.

“On the one hand, it’s tragic and then on the other hand, they were lucky. It could have been much worse,” he said.

Boppart stressed both hang gliding and paragliding in Switzerland were very safe and that pilots were highly trained. He said they first underwent lengthy training as solo pilots before receiving a provisional licence.

“The sort of mistake in the video is what you learn in your first hour of training,” the SHV president said. “It’s hard to understand what happened.”

He said that the association would be speaking to the pilot involved in the incident but any investigations would be carried out by the Federal Office of Aviation (BAZL).

BAZL is responsible for issuing licenses to hang gliding pilots, and for withdrawing those licenses.

The agency is aware of the incident in the video.

Meanwhile, a spokesperson for Interlaken Tourism told The Local that the office was aware of the incident but was not in a position to comment on any possible investigation.

He stressed, however, that there were “thousands of landings” every year in the town and that hang gliding and paragliding were a very popular part of the offering to tourists in the area.

According to Swiss news site 20 Minuten, the tandem pilot involved is still providing flights in Interlaken.

The operator of another hang gliding firm in the town told the news site the pilot in the video had only gone into business a year ago.

It was sheer luck that nothing worse had happened, the unnamed operator said. “Normally these types of mistakes are fatal. He should have lost his licence straight away.” 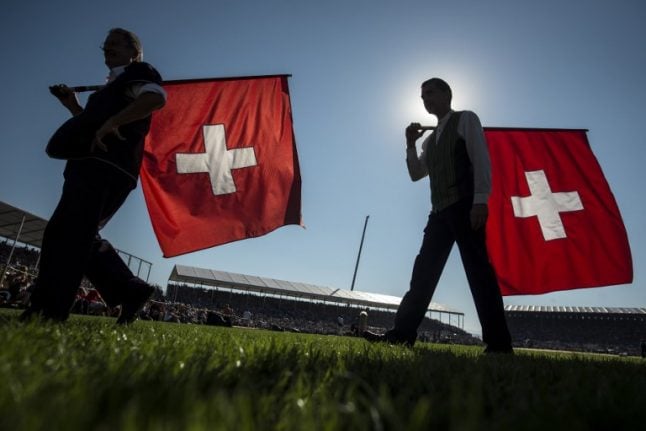 HISTORY
QUIZ: How well do you know these key dates in Swiss history? 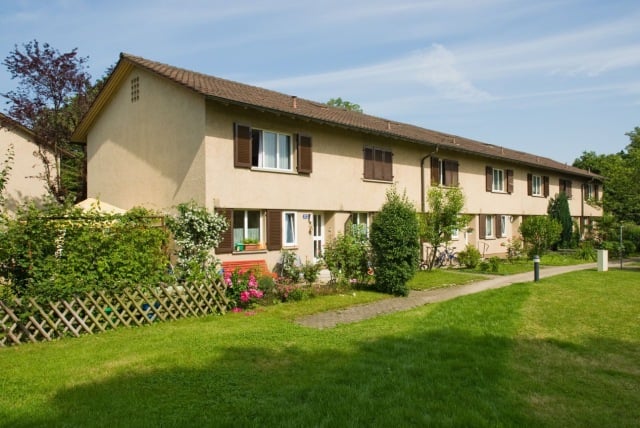