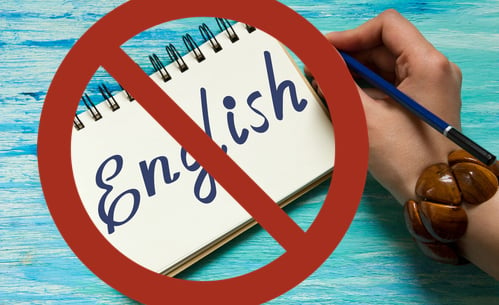 The unnamed citizen wants German to be the only accepted language, on the grounds that Albert Einstein wrote his dissertation in the language and that English is not an official language of Switzerland.

The proposal suggests that the canton Zurich law of German being the official language be introduced at the university, and that any exceptions to this law must be “well justified and approved by the government council.”

Although the initiative specifically highlights English being forbidden, it is unclear what this would mean for languages like French or Italian – which are also official Swiss languages – if it was enforced.

“According to the Federal Constitution of the Swiss Confederation, English is not a national language,” says the voter in the individual initiative, lodged on Thursday this week.

“A professor who makes his remarks in English remains “possibly just a vassal of the United States of America”.

A poll on the issue conducted by Tages Anzeiger shows that of 1056 people asked if only German should be allowed at the university, nearly 78% said “no”. A slightly surprising 20% said “yes” and 2% said they “do not care”.

No objective argument to ban English

Michael Künzli, who is President of FAVA – the official student organisation of the English Seminar at the University, told The Local that the consensus among FAVA was clear.

“We feel this initiative is preposterous,” he said.

“It disregards foreign students and Swiss students whose mother tongue is not German. We no longer live in the 19th century, English has become the language of science and of international relations.

“Nowadays, the average Swiss has a comparatively decent level of English or, at the very least, recognises the value of this language. We are convinced that, with the passage of time, this initiative will only grow ever less likely to be accepted.

“No language ban in history has worked out well.”

Michael stressed that just because English was used at the university, it would not replace German as the primary language there.

He added: “Looking at the initiative's original text, I fail to see any objective arguments in favour of it.”