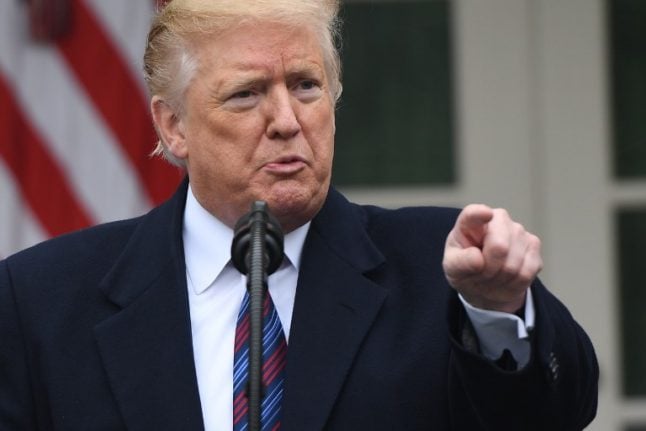 US President Donald Trump during a January 4th press conference on the US government shutdown. Photo: AFP

Maurer told Swiss regional television station Tele Züri he plans to use the occasion to give new impetus to stalled talks on a possible free trade agreement between Switzerland and the US.

In his comments, the minister, who is serving as Swiss president this year under the country's rotating presidency system, noted that the US is, alongside the EU, Switzerland’s most important trading partner.

The partnership between the two countries should now be made concrete within the framework of a free trade agreement, Maurer said.

Read also: WTO to rule in Swiss row with Trump over tariffs

News of the minister's sit-down with Trump in Davos comes a month after former economics minister Johann Schneider-Ammann saw his own meeting with US Trade Representative Robert Emmet Lighthizer cancelled at the last minute.

Schneider-Ammann managed to meet with an official representing Lighthizer but came away saying that talks towards any possible free trade agreement were still very much in the “exploratory stage”.

Among the stumbling blocks is the agriculture issue, according to Swiss daily Tages Anzeiger. There are concerns that the US could force Switzerland to allow genetically modified products, which would be problematic for the Alpine country.

There is currently a moratorium on genetically modified crops in Switzerland.

A 2006 attempt to forge such a Swiss–US trade agreement failed over Swiss government concerns in the face of the powerful US agricultural sector.