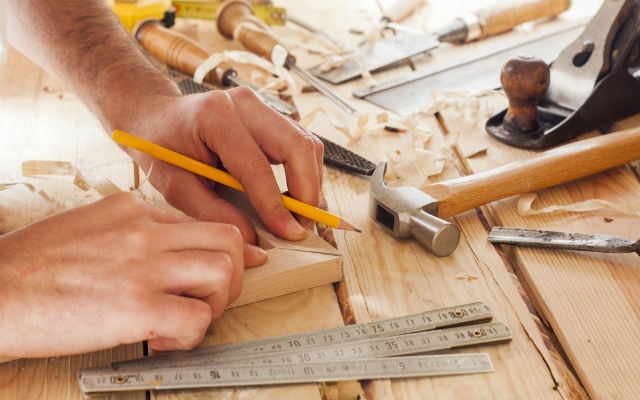 Swiss cabinet maker Kevin Schär from Murgenthal in Switzerland didn't expect to end up in San Diego. The 27-year-old had always been fascinated by the USA, although he was deterred by what he perceived as stringent visa criteria. Then he found a breakthrough.

“I started to see if there were any ways to make this possible. I posted in one forum and saw that many people had negative things to say because they didn’t think it was possible to work legally in the United States as a Swiss citizen. But I saw that there were other Swiss who did it and eventually I saw the Stagiaire visa possibility,” Schär told The Local.

“It took me a while to find out about this Stagiaire agreement,” he says. The 18-month work visa for 13 countries is not widely advertised in Switzerland, according to Schär.  “I only figured it out by doing research myself in online forums, not through a government website or advertised anywhere else,” he recalls.

The so-called Stagiaire – or “young professional trainee visa”  – is one that allows Swiss citizens aged 18-30, or up to 35 in some countries, to live and work legally for 18 months in the following countries: Argentina, Australia, Canada, Chile, Japan, Monaco, New Zealand, Philippines, Russia, South Africa, Ukraine, Tunisia, and USA.

“I was lucky enough to find a cabinet making job in San Diego, California, in October 2015 with a Swiss owner who agreed to hire me. He had been hiring Swiss people on this visa for over 10 years so he knew exactly what processes to go through,” Schär told The Local. Stagiaire applicants must find their own work to apply.

Kevin had studied as a cabinet maker through his apprenticeship in Switzerland, which proved to be a bonus in his job hunt across the Atlantic.

“It definitely made it easier. When I contacted other Swiss expats and companies abroad, they know the value of a Swiss education because they’ve been through the same process. They see these skills are taught much better in Switzerland than in the US,” Schär told The Local.

Schär attended a language school in Santa Monica, California, in 2012 and in Honolulu, Hawaii, in 2014 to learn English. He has since taken many trips across the country.

“The number of Swiss nationals using the Stagiaire visa system to work in the US however has decreased in recent years. In the 1990’s there were between 100-150 Swiss citizens every year who went to the United States as young professionals. Since 2001 there are about 30-60 per year,” a spokesperson for SEM told The Local.  “In 2016, 52 Swiss Citizens applied for this visa and in 2017, 46 citizens applied”.

Lower wages in the USA, high visa fees and a lack of awareness of the bilateral visa system are believed to deter more Swiss citizens from applying.

“Regarding sectors, there is no clear picture, as young professionals are employed in many different sectors. In 2017, most of the jobs (by Stagiaire visa applicants) were done in the IT sector and in tourism,” added the spokesperson for Switzerland's State Secretariat for Migration (SEM).

Kevin Schär says the Stagiaire visa is largely unknown in Switzerland. “I think there’s not as much attention paid to this visa because Swiss citizens hear about working holiday visas and that we don’t have any of those agreements with other countries. Most people don’t know that this Stagiaire is the closest thing we have to that, and it’s a great opportunity to work and live abroad,” Schär told The Local.

A shot in the locker

Another Swiss national followed in Kevin's footstep and ended up working for the same company. Michael Imbaumgarten, 29, from Arth in the canton of Schwyz, also went to the US in April 2017 to work as a cabinetmaker in San Diego on this visa. He found a position at the same company Kevin had 18 months earlier.

Serendipity played its hand: Michael’s friend had told him about a Swiss cabinetry company in San Diego that they stumbled upon online and that Michael should contact for job opportunities. That’s when Imbaumgarten first started looking at working in the United States.

“The adjustment took me a little while,” Imbaumgarten told The Local from San Diego, having made the move. “Traffic is different; the food culture is way different. And from the metric system to the imperial system was a big change too!”

The little differences aside, Michael enjoyed his time in the USA and saw some of the most beautiful sights California has to offer.

“I would recommend it,” says Michael of the experience the Stagiaire visa has given him. “It’s a good way to practice and learn English. Also you learn a lot about yourself when you’re living in a different culture”.

The Stagiaire visa sees many Swiss nationals travel to the United States to further their training and work, but it is also available to American citizens looking to find a position in the Alpine nation at the heart of Europe.

“Young professionals are required to work in the occupation that they have learned or in their study major. Part-time work or working as a self-employed person are not permitted. Young professionals must be paid in accordance with the rates that are customary for the location and the industry,” states the SEM's guidelines for the Stagiaire visa.

Whether applicants hail from Switzerland or the United States, this trainee visa offers great opportunities for young professionals looking for a unique cultural exchange.