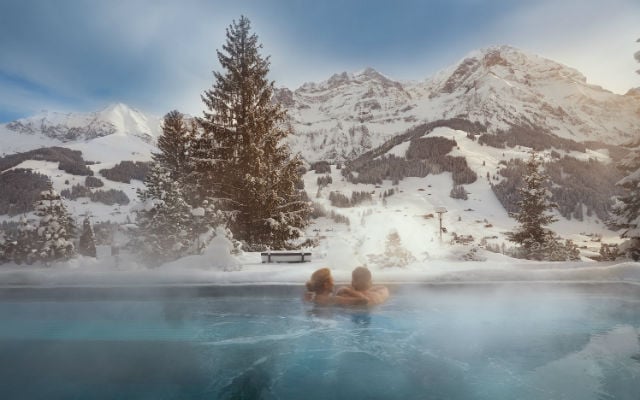 Switzerland is home to some of Europe's most impressive and staggering landscapes. From remarkable mountain ranges and glacial lakes, to splendid highland villages mired in tradition, this small Alpine nation defies its size in terms of its natural wonders.

The country boasts thousands of lakes, hundreds of world class skis resorts and spas, as well as dozens of enchanting villages shielded from time. Ski arrivals are the main ticket in winter, although Switzerland has a lot more to offer winter visitors than its slopes.

If you are not into skiing, you might want to try sleeping in an igloo, go dog sledding or visit a chocolate factory – or do any of the nine non-ski winter activities we've listed below.

Either way, as sub-zero temperatures kick in across the Alpine nation, we've dived into exploring these dramatic – yet very cosy – swimming pools in Swiss spas and hotels. The Riffelalp Resort in Zermatt, in the German-speaking section of the canton of Valais, is home to St Trop Alp Spa and Europe's highest outdoor pool. Photo: ©Riffelalp Resort. READ MORE: Why people in Zurich burn a snowman every April