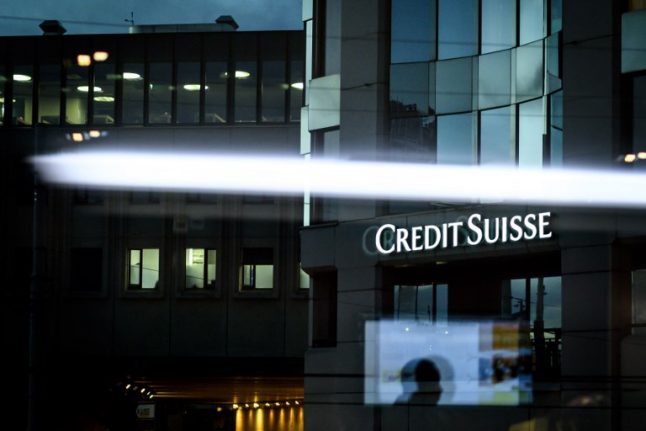 Chief executive Tidjane Thiam hailed the company's swing back to profits after the revamp of last year. Photo: AFP

The bank, Switzerland's second biggest after UBS, posted a net profit of 2.1 billion Swiss francs (€1.8 billion, $2 billion) in 2018, after a loss of 983 million the previous year, it said in a statement.

A vast overhaul of the Zurich-based lender was launched in late 2015 aiming to refocus the bank's activities on wealth management over merchant banking.

Initially welcomed by investors, the reorganisation was met with sharp criticism as the bank posted three years of heavy losses.

Chief executive Tidjane Thiam hailed the company's swing back to profits after the revamp of last year.

“Our restructuring, initiated in the fourth quarter of 2015, three years ago, was aimed at making the bank more resilient in challenging times,” said the French-Ivorian businessman and former politician.

“We believe that the bank is now well positioned to withstand challenging market conditions.”

While many the profits of many banks dropped in the last three months of 2018 due to market turmoil, Credit Suisse bucked the trend, achieving a net profit of 292 million francs.

“We delivered a profit in one of our most challenging fourth quarters in years,” said Thiam.