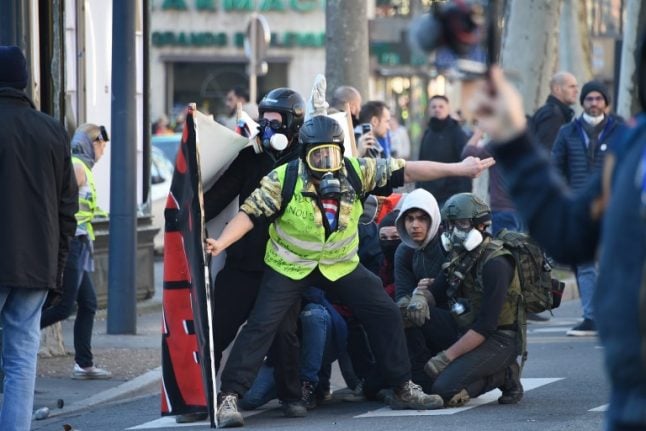 Protesters stand behind a banner during clashes with police at a ‘yellow vest’ demonstration in Toulouse on February 16th. Photo: AFP

City authorities on Tuesday afternoon green-lighted the demonstration which will take place from 10am to 12pm in the city’s Place des Nations.

Police in the Swiss city are expecting some 3,000 people to participate in the protest after organisers put out a call on social media, according to Geneva daily Tribune de Genève.

The protest will be peaceful, its organiser, Nico Mollier, said on Facebook on Tuesday.

“We are going to a foreign country. We are not at home. There are rules and we must accept these,” he said.

The protest aims to highlight police violence against ‘yellow vest’ protesters in France, according to Mollier.

He said he also wanted to highlight the fact that a Swiss firm – Brügger & Thomet – is the producer of the LBD40/GL06 ‘Flash Ball’ anti-riot gun used by French police.

The 'less-lethal' weapons have been blamed for a number of serious injuries during protests in France.

“I have nothing against the Swiss but one needs to know that these weapons are made here,” Mollier said. Medics help a man hit by a police LBD40 rubber bullet gun in Lyon on 19 January 2019 during a yellow vest protest. Photo: AFP

Brügger & Thomet has denied accusations that its LBD40 is dangerous or unfit for use. In a statement, the firm laid the blame on the French-produced munitions being used with the LBD40 in France.

“It must be asserted that the LBD40 (GL06), together with the SIR munitions manufactured by B&T, is a precise and effective product that comes with little risk of injury,” said the company.

“When using munitions of third-party manufacturers, in some cases precision decreases and the risk of injury rises significantly,” the firm added.

The yellow vest’ movement began some three months ago in France as a protest against new fuel taxes. But it has since developed into a far broader movement in opposition to the policies and style of French President Emmanuel Macron.

An estimated 41,500 people participated in protests around the country last weekend – a long way below the 282,000 peak seen in the movement’s early days. 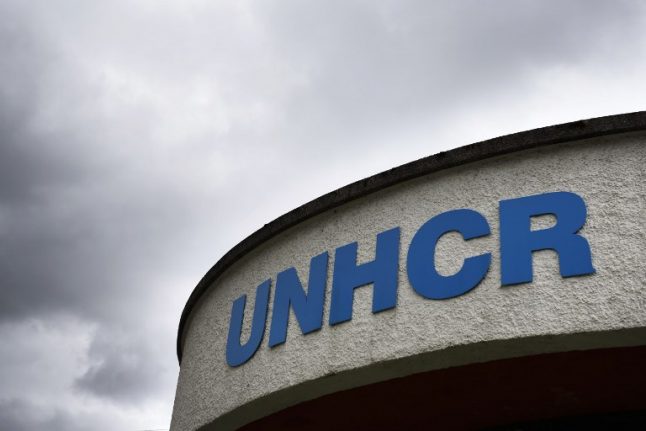