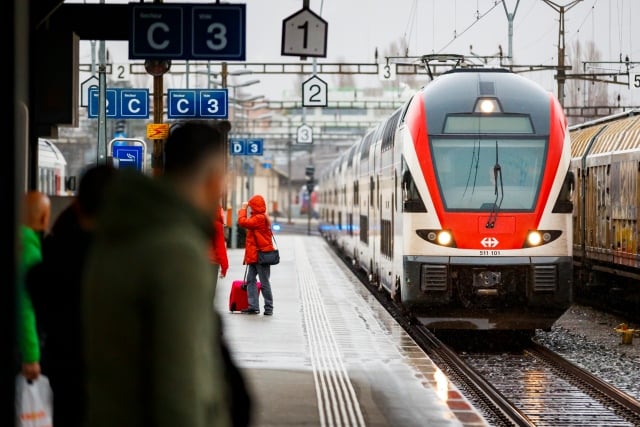 The credit will be given to SBB customers who hold a valid half fare travelcard on August 1st this year. It will mean a 15-franc reduction on their next travelcard.

The credit from the SBB is part of a deal hammered out between the SBB and the Swiss price watchdog in the wake of strong earnings by the transport operator last year.

As part of this deal, half fare travelcard holders will also receive a 20-franc voucher towards a class upgrade. This is set to arrive in the post in May and can either be presented when buying tickets over the counter at stations or during train travel.

If the vouchers are used during travel, the usual minimal amount for class upgrades will not apply.

These vouchers will come in the post (in instalments) and can be used for travel, towards future travelcards, or in on-board restaurants.

Read also: Here is what you need to know about the new Swiss 'seven25' youth travelcard

Meanwhile, holders of the GA (Generalabonnement/abonnement general) travel card – which allows for unlimited travel on SBB trains – will no longer have to pay fees to deposit their cards during periods when they are not required.

There is currently a moratorium on these fees but they are now going to be scrapped altogether.

The price watchdog said in a statement (here in German) on Tuesday that the end of these fees could mean savings of up to 307 francs for second-class GA holders and 501 francs a year for first-class GA holders if they deposited their travelcard for the maximum permissible period of 29 days a year.

Finally, the SBB also plans to massively increase the number of so-called ‘supersaver’ tickets available to passengers this year.

These tickets for off-peak travel – which are only available online – can be up to 70 percent cheaper than regular fares.

Passenger numbers last year were almost unchanged from 2017 with 1.25 million people using the network every day.

Some 90.1 percent of SBB passengers arrived at their destination on time in 2018 although punctuality was described as “unsatisfactory” in the French-speaking part of the country, in the Italian-speaking canton of Ticino and on the busy Bern–Zurich stretch.

The causes of these problems included extensive improvement works and delays in the roll-out of new double-decker Bombardier FV-Dosto trains.