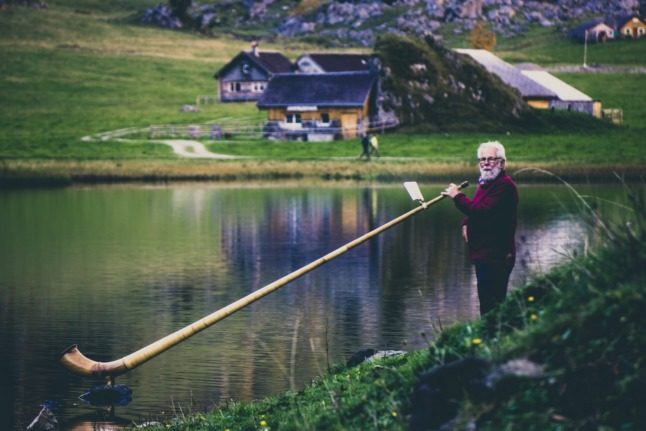 A man with an unusually large pipe on a lake in Switzerland. (This picture is not Tom Smith). Image: Pexels.

Although Tom Smith was working in Switzerland in the 1970s, his Swiss experience has impacted his daily life in Australia. Smith shares his language learning tips with readers.

Recently, The Local featured a piece about language learning in Switzerland: ‘What to do when you feel like giving up on learning German in Switzerland’. After reading this article, one of our readers wrote in to share details about his Swiss language journey and how life after Switzerland has shaped out to be.

Tom Smith was on a work assignment as a chemist in the 1970s when he moved from Australia to Switzerland with his family.  Although he left Switzerland to return home decades ago, his Swiss experience has impacted his daily life in Australia.

Smith looks back fondly on his time learning German in Switzerland and offers readers tips on how to learn the language effectively. Here is what he wrote:

My experience goes back to the 40 years when I arrived in Switzerland with my family to take up a position in Zürich and after a couple of years I was I promoted to another job in Neuhausen.

I immediately realised that Swiss German and High German are different, although I did have a slight advantage – I could already speak some German, probably about A1/A2 level. I learnt German on an earlier assignment in Germany but didn’t have any more lessons in Switzerland, but I had other ways of learning German:

1.    I read the Swiss NZZ newspaper every day, watched Swiss television (there was no satellite English channels then) and tried to speak as much German as I could.

2.    I politely requested people to speak German rather than English with me, even though I knew that they only spoke it with Germans and other foreigners. I never really tried to speak Swiss German, although I can understand some Zurich Swiss German if spoken slowly.

3.     I had a lot of dealings with the German plant where I had originally trained, and I wanted to improve my conversation and comprehension. However, my German colleagues commented with some amusement at my growing Swiss accent. I had previously picked up some of the aspects of the Kölsch speech patterns

4.    I did come to Switzerland with one advantage – I didn’t care if I made mistakes. I just kept on talking. Gradually I learned to correct most mistakes, but the case thing always gave me problems.

We returned to Australia in the early ‘80’s. I did manage to use some German on business trips, and I did do some reading. It came in handy when I wrote my Master of Philosophy thesis, as it allowed me to read papers without having to rely on reviews.

When I retired five years ago, I joined an organisation called the U3A  (the “University of the Third Age” or Universität des dritten Lebensalters, I guess), it is devoted to sharing knowledge among older people, such as myself.

You don’t need to have a relevant qualification to teach, and I decided to teach German. This decision has actually improved my German considerably and I’m well into the B2 stage. I find that preparing the lessons, watching videos, reading and listening to podcasts has driven my learning. My main emphasis is on comprehension and conversation.

“I still have a great deal of affection for Switzerland.”

I say to people, just as we Australians forgive foreigners when they a mistake in English, so will Germans (mostly). I say “have a go”.

Many people in my group visit Germany in their retirement and want to get a bit more out of their vacation.

I still have a great deal of affection for Switzerland.

A version of this article originally appeared in 2019.