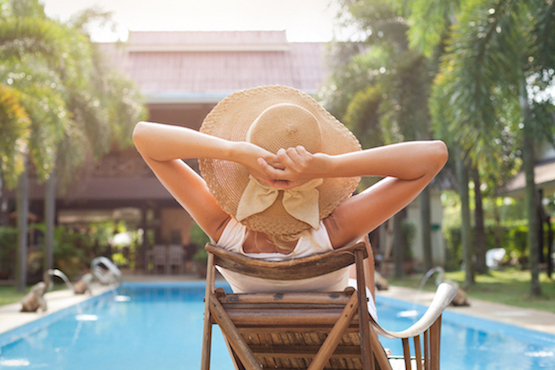 Switzerland has experienced a cold spring, with record snowfall in May – but this weekend's weather is set to finally kick start summer.

Temperatures are predicted to rise to 30 degrees in some areas around the Valais, Basel and Rhone Valley regions, with most of Switzerland set for temperatures between 25 to 28 degrees, according to weather agency experts at MeteoNews and SRF Meteo. The warmer weather is a result of a change in the atmosphere. According to the Swiss Federal Office of Meteorology and Climate on Thursday, “a high-pressure area from the Alps will expand to Switzerland, causing the air mass to dry up.”

A six-day overview of Switzerland's weather reveals that Wednesday will remain overcast in most parts of Switzerland, with Southern Switzerland the first region to slowly warm up with highs of 22 degrees.

Image: The Swiss Federal Office of Meteorology and Climate

Although the weekend delivers great news for sun lovers, Monday is predicted to be heavily overcast with some chance of rain.

While some areas of Switzerland have been hit by thunderstorms in the past days, providing some relief for agriculture and nature in general, the amount of rain has not been sufficient to counteract the effects of drought that has impacted much of the country.

Continued drought has also impacted some rivers, including the Rhine, whose levels are “strongly to moderately” below average for the season, FOEN said.

The good news is that “the alarming situation on the drought front will finally ease somewhat in the coming days thanks to the return of the rains», according to Vincent Devantay, meteorologist at MeteoNews weather service.

The rains will begin on Wednesday afternoon, intensifying by the weekend, and “several areas of more or less active showers will finally follow one another until Saturday”, Devantay said.

By Saturday, these rainfall amounts are expected, according to MeteoNews:

“These rains will bring some relief from the drought, but it would take several weeks of almost daily rain to see a real and lasting improvement”, Devantay said.

The rain will also bring in “much cooler temperatures”, but the summer weather will make a comeback from Sunday, “with increasingly warm temperatures and no clear deterioration is in sight for the future”.