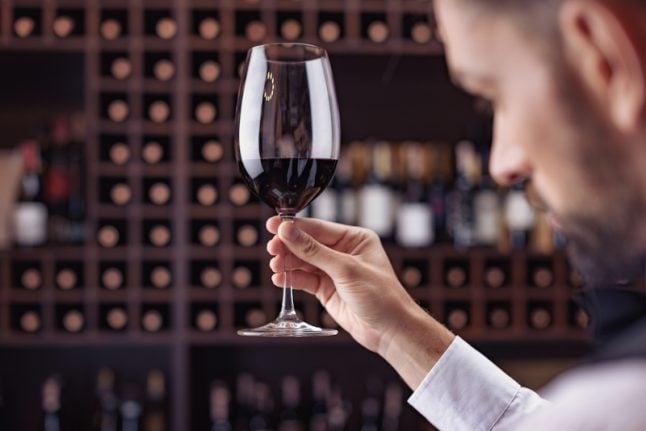 File photo: Depositphotos
So, how exactly should you go about tasting wine?
Tasting wine like a professional is subject to some strict rules.
Paris sommelier Pierre-Jules Peyrat begins by sticking his expert nose into a glass of chilled rosé: it is important to get a good whiff before tasting the wine.
Once in the mouth, the wine is swirled around – or chewed – for a few seconds. The taster may then make a “duck face” to allow a bit of air in to detect further characteristics, a step called “grumage”.
Next, the mouthful of liquid is spewed back out in an unapologetic burst into a spittoon.
“It's by spitting out the wine that you will be even more distinguished in society,” says Peyrat.
READ ALSO: 15 things you didn't know about Switzerland's famous Fete des Vignerons
What are you looking for?
For professionals – winegrowers, oenologists, sommeliers, wine merchants – tasting wine means assessing its appearance, or robe, its interaction with air, its aromas and finally its taste, as well as its “structure” in the mouth.
The first step is to identify the wine's basic quality: is it bitter, sweet, salty, acid or umami (that elusive taste between acid and sweet that is prized in Asia)?
The appraisal then turns to the tactile sensation the vintage creates: coarse, astringent, effervescent?
Why taste, instead of drink?
Spitting the wine out isn't just a matter of practising restraint, it is intrinsic to a tasting.
“People think swallowing the wine will give you more aromas, but that's false,” says Olivier Thienot, who founded the Ecole du Vin de France in 2003.
“The aromas often come after the spitting,” agrees Christophe Marchais, an oenologist from western France near the city of Nantes, acknowledging that the act may seem “a bit bizarre” to the uninitiated.
Some object to the sight of good wine seemingly going to waste; others fear looking boorish or foolish, or staining their clothes.
READ ALSO: Zurich's world's best sommelier admits 'I used to think wine stank'
Spitting, when the wine mixes with air coming from the nose, can bring out “other prevalent aromatic notes”, Peyrat says, calling the phenomenon “retro-olfaction”.
It “is a much more intense pleasure than being drunk,” he adds.
For France's some 7,000 oenologists, “spitting is an ordinary act”, says Thienot, noting that a professional taster can assess as many as 100 wines on a given day.
France, the world's leading wine exporter in terms of value, welcomes around 10 million oenotourists each year – and their sophistication is growing.
About 12 percent of the students taking wine-tasting short courses at Thienot's Paris school are foreigners. Switzerland's Lavaux vineyards. The Fête des Vigerons will be held in the nearby town of Vevey. Photo: Fabrice Coffrini/AFP
How to describe the wine you're tasting?
The world of wine has a rich, often poetic vocabulary, much of it borrowed from the perfume industry, to describe myriad sensations.
A wine may evoke honeysuckle or berries, or have spicy or woody notes, or be redolent of burnt bread.
For all that, consumer groups are demanding that more down-to-earth information be included on a wine's label.
A draft rule has been prepared by the International Wine Organisation (OIV) that would require labels to provide data on calories and ingredients such as sugar or cellulose gum, according to Joel Forgeau, a winemaker in Mouzillon near Nantes and president of a wine lobby.
But no label can reflect a wine's taste, “because the wine is a creation,” says Thienot.
“Its taste comes from the soil, the weather, the winemaking, the know-how and so many other things.” 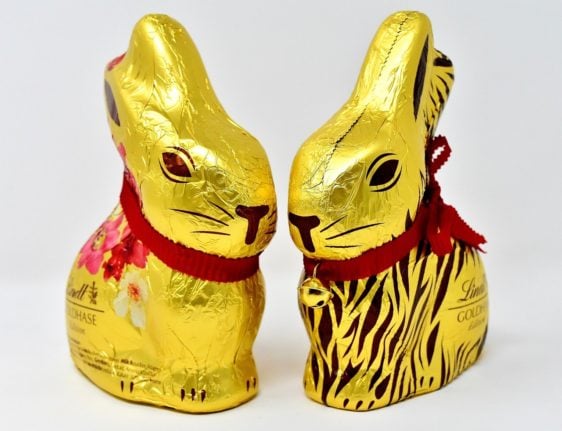 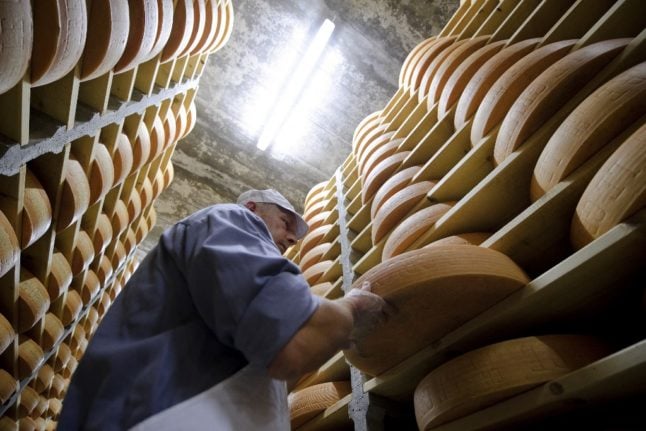 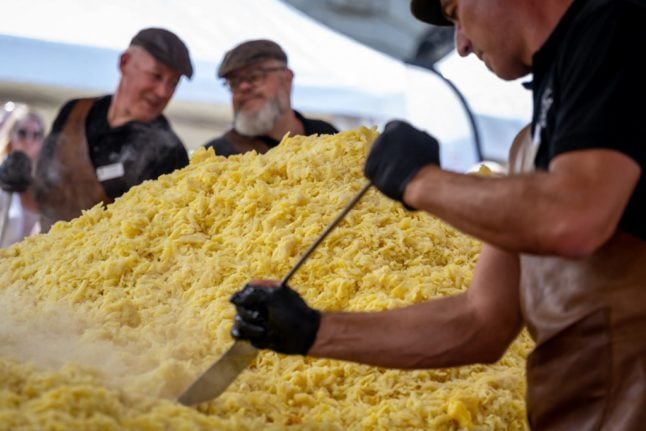 FOOD & DRINK
What is Swiss rösti and how do you make it?

PARTNER CONTENT
Why we love Britain: Our ‘Best of Blighty’
Url copied to clipboard!