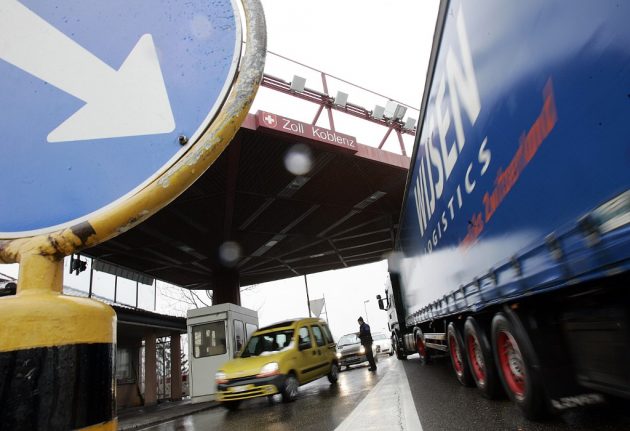 Currently, shopping in Germany has two major benefits for Swiss residents who live near the German border. Firstly, the price tag of many items is cheaper, and secondly, Swiss shoppers can claim back German value-added tax (generally 19 percent) on products they buy across the border.

At present, there is no minimum amount shoppers have to spend before they claim back this 19 percent from German authorities.

But while Swiss shoppers and German businesses profit from the current arrangements, German customs posts are often overloaded with queues of people filing paperwork for VAT returns as they leave the country. This also creates traffic jams at the borders, especially on the weekends.

On Wednesday, however, the German cabinet approved a draft measure that would mean shoppers from Switzerland would only be able to claim VAT back on purchases of over €50, as a cabinet spokesperson confirmed to The Local via email.

The draft measure is designed to reduce the strain on German customs.

It must now be approved by the German parliament and is expected to come into force in 2020.

He said people were happy that the lower limit had been set at €50 and not at €175 as previously suggested.

A limit of €175 on VAT returns would make shopping in Germany less financially attractive and could hurt German businesses. The IHK Hochrhein-Bodensee had also argued it could lead to job losses in the region.

But for concerned Swiss shoppers, there is a silver lining. The €50-limit will only be in place until customs processes for VAT returns have been fully digitalized.