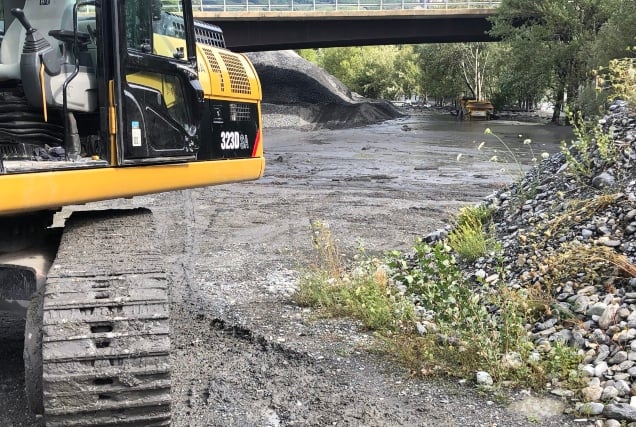 The man from Geneva and the girl from France were swept away when heavy rains transformed the Losentze River in the commune of Chamoson into a raging torrent. The scale of the flooding can be seen in the tweet below.

Two cars were carried off by the floodwaters. The other car was empty, cantonal police in Valais said in a statement. This second car was found on Monday morning, Swiss media reported.

More than 70 people were involved in the search for the man and the girl during the day on Monday. The search was suspended overnight but was expected to resume early on Tuesday morning.

However, in a press conference on Monday afternoon, authorities said they did not expect to find the two alive.

The wild weather caused problem across Valais on Sunday. There were over 1,000 calls to cantonal police between 6.20pm and 9pm.

Incidents reported included problems with fallen trees, flooded cellars and damaged roofs. Several roads were also cut because of mudslides. You can view current road conditions on the map here.