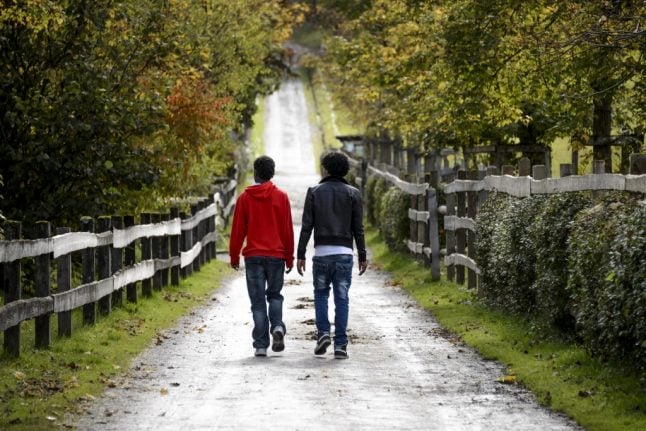 Under the draft law, the around 40,000 holders of ‘F’ permits in Switzerland – a group made up of people who have had their bid for asylum rejected but cannot be deported because they may, for example, face danger in their home country – would not be allowed to travel overseas.

People who travelled to their home country would automatically lose their right to live in Switzerland, while exceptions would only be made in cases where short-term trips home were being used to prepare for a future definitive return, according the State Secretariat for Migration (SEM) website.

The Swiss government’s tough new stance on travel for F permit holders comes as something of a surprise, according to Swiss daily NZZ.

The Federal Council, as the Swiss government is known, had previously rejected a parliamentary motion calling for a blanket ban on F permit holders travelling to their home country.

In its original response to the motion from 2015, the government argued travel rules for people in this group were already very strict. It also stated a blanket ban would not allow for any exceptions to be made.

Currently F permit holders can travel home with special permission such as in cases of personal hardship including death or serious illness in the family.

Are you an F permit holder? Want to tell your story to The Local? Contact us here.

But the Federal Council, and its new Justice Minister Karin Keller-Sutter, who has a reputation for toughness on migration issues, have now gone a step further than even the Swiss parliament.

A shift to the right?

If the draft law is passed, F permit holders would only be able to travel to their home county when preparing for a definitive return.

The SEM confirmed to The Local via email that the proposed law (here in German) made no provision for exceptions including the serious illness of family members as is currently the case.

Critically, holders of F permits would also be banned from travelling to any other third countries. Only a very few exceptions would be made to this second rule, with the specifics of these to be drawn up in future.

The parliamentarian behind the original parliamentary motion, the President of the centre-right Christian Democrats, Gerhard Pfister, welcomed the Federal Council’s announcement on Thursday.

He noted that F Permit holders often transit in a third country before travelling on to their home country as a way of getting around the current ban on trips home.

But Greens MP Balthasar Glättli said the ban was unnecessary and an “unjustified limit on the freedom to travel”.

He said the draft law was a nod to the anti-immigration Swiss People's Party (SVP) which has argued for years that Switzerland is too easy on asylum seekers. The SVP has repeatedly stated that asylum seekers who 'take holidays' at home should be deported on their return to Switzerland.

The law has now gone out for consultation before final approval from the parliament.

Holders of F permits in Switzerland in Switzerland find themselves in a difficult position. They are legally entitled to work, but their permission to stay in the country is only granted 12 months at a time.

Many Swiss employers are reluctant to hire F permit holders because of their provisional nature of their residence, while their qualifications are often not recognized.

There is a small silver lining though. Under the plans, F permit holders would in future be able to move to another canton if they find work or educational opportunities there. Currently, this is not the case.