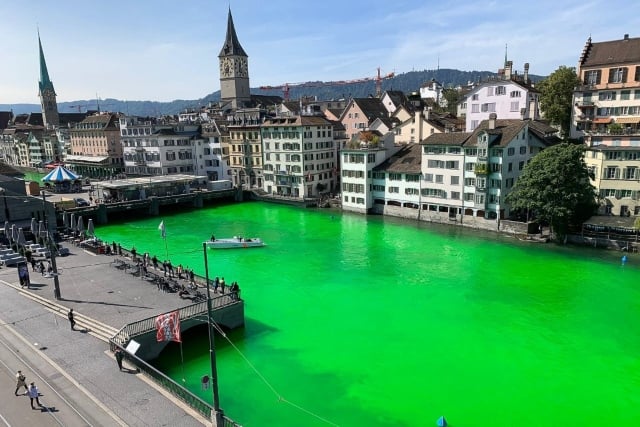 The Extinction Rebellion movement acknowledged on its Facebook page that it was responsible for using a “harmless” dye to change the colour of the river winding through Switzerland's largest city.

A number of activists also jumped into the water and floated downstream like dead bodies.

The activists said that they wanted “to draw attention to the impending collapse of the ecosystem and toxic system we find ourselves in.” The Limmat as it usually looks. Photo: AFP

They said the substance used to dye the river was uranine, which they said has “about the toxicity of table salt”.

Zurich police said they had begun receiving calls about the stunt at around noon and that they were analysing the substance.

The organisation is planning a number of actions across Switzerland over the next two weeks, including in Luzern, Lausanne and Geneva. 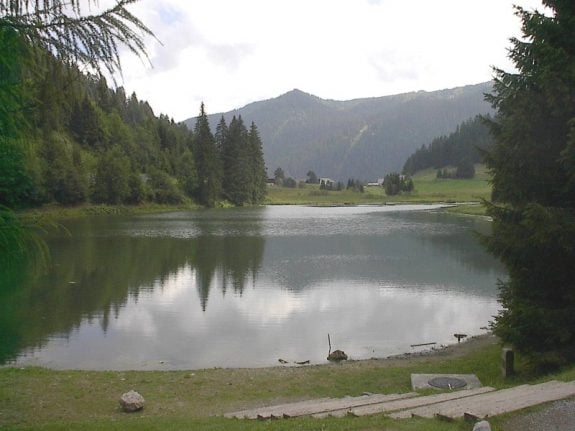