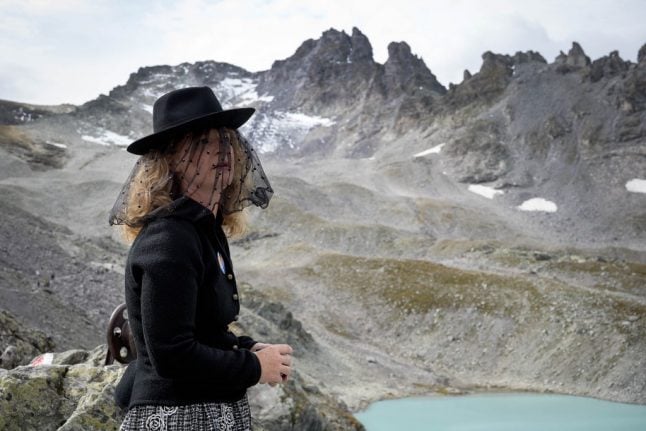 The Pizol “has lost so much substance that from a scientific perspective it is no longer a glacier,” Alessandra Degiacomi, of the Swiss Association for Climate Protection, told AFP ahead of the event.

The solemn two-hour “funeral march” led up the side of Pizol mountain in northeastern Switzerland to the foot of the steep and rapidly melting ice formation, situated at an altitude of around 2,700 metres (8,850 feet) near the Liechtenstein and Austrian borders. Upon arrival, a chaplain and several scientists were to give sombre speeches in remembrance of the glacier, accompanied by the mournful tones of alphorns — a 3.6-metre (12-foot), pipe-shaped wooden instrument.

“Since 1850, we estimate that more than 500 Swiss glaciers have completely disappeared, including 50 that were named,” Swiss glaciologist and march participant Matthias Huss told AFP before the event.

Pizol may not be the first glacier to vanish in Switzerland, but “you could say it is the first to disappear that has been very thoroughly studied,” Huss of the ETH technical university in Zurich said.

It has figured among some 4,000 glaciers — vast, ancient reserves of ice — dotted throughout the Alps, providing seasonal water to millions and forming some of Europe's most stunning landscapes. Sunday's “funeral” for Pizol provides an occasion to point out that climate change is not only melting glaciers but is endangering “our means of subsistence”, according to the organising groups, including Greenpeace.

It is threatening “human civilisation as we know it in Switzerland and around the world,” they warn on the event webpage.