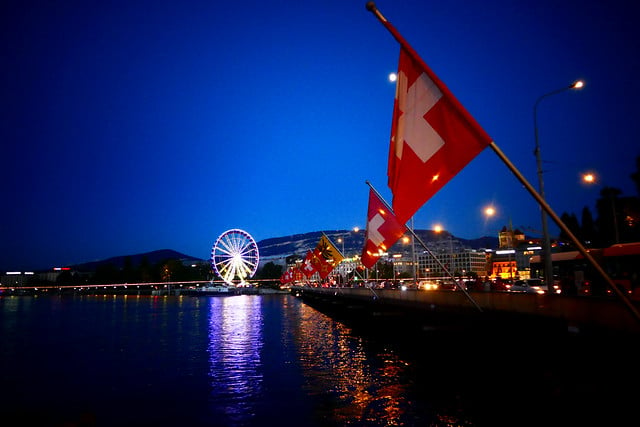 Authorities across much of greater Geneva will switch off public lighting on the night of Thursday September 26 for a public awareness event being dubbed “La nuit est belle” (It’s a beautiful night/Nighttime is beautiful).

“The initiative aims to raise awareness of the harmful effects of light pollution and also allow our 1 million inhabitants to see planets, stars and the Milky Way again,” Greater Geneva authorities said in a statement.

Local officials have worked with Geneva’s Natural History Museum, the Astronomical Society of Geneva and the House of Salève to organize the event, spurred on by Swiss astronomers and their frustration at not being able to see stars over properly since the 1970s.

“After water pollution in the 1960s and air pollution in the 2000s, now is the time to become aware of light pollution’s effects,” Pascal Moeschler, curator of Geneva’s Museum of Natural History, said in a press statement. The coordinated blackout will not allow for all public lights to go out at the same time over greater Geneva’s 2,000 km2 surface area. Instead, each of its 209 municipalities will be given the choice of turning off all or a section of their public lighting when they are ready. A total of 149 municipalities have so far signed up to the initiative

Authorities will of course not switch off electricity in people’s homes, but organizers hope residents will turn off their lights nonetheless, leave their homes and head outdoors to observe the night sky.

Some towns and villages will host astronomical observations, concerts and other related activities.

Cyclists are encouraged to “wear light-coloured clothes, have headlights and reflectors on their bikes and to wear a reflective band”. Pedestrians are also advised to wear light clothing to increase their visibility.

Police haven't seen a spike in crimes during previous 'blackout' events in Switzerland but there will be extra officers deployed to key areas and intersections to help with potential traffic disruptions. In recent years more and more Swiss municipalities are reducing the amount of time public lighting is switched on in order to cut costs on their electricity bills.

Street lighting accounts for an average 18 percent of municipal energy consumption and 38 percent of the cost in Switzerland, France’s Agency for the Environment and Energy Management (ADEME) found.

Light pollution is also having negative consequence on local biodiversity, and not just on nocturnal creatures such as owls as one might think.

Scientists have also found light pollution to be responsible for a loss of endemic species, a change in the prey-predator ratio, the degradation of natural habitats and the disruption of animal migration.

In terms of the effects artificial light at night can have on humans, studies show it’s behind sleep disorders and a drop in our melatonin production, a key hormone for our 24-hour circadian rhythm.