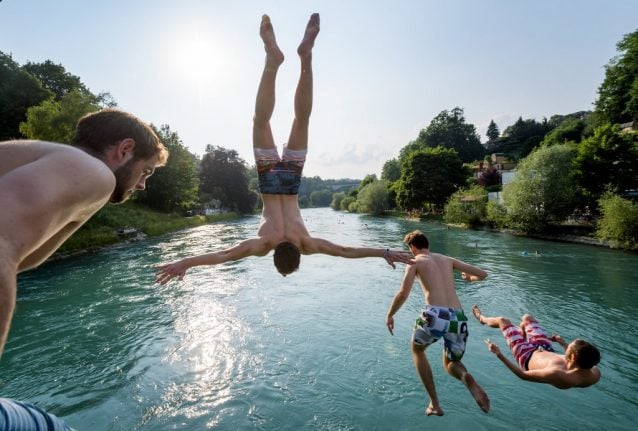 Switzerland may have some of the best-ranked universities in the world as well as enjoying its lowest unemployment rate in a decade, but neither of these factors seems to be enough to convince the country’s young adults to want to stay.

A government youth survey that interviewed 40,000 young Swiss men for their army recruitment process, as well as an extra study sample of 2,000 young women (all aged 19), found that the country’s generation of young adults is more eager to study or work in a foreign country than in their home canton or another part of Switzerland.

With regard to their preferred destinations of choice, English-speaking countries such as the UK, US and Canada were top of the list, followed by bordering nations (France, Italy, Germany and Austria).

However, most see their time abroad as something temporary, with only 30 percent of respondents confirming they planned to stay for three years in their preferred foreign country of choice.

More than half of the young people surveyed believe that foreign language skills and international work experience are assets in the Swiss labour market, but 34 percent are also driven to move abroad simply to enjoy themselves, have new life experiences and gain independence.

Another of the youth “ch-x” survey’s revealing findings is young Swiss people’s apparent unwillingness to move within Switzerland to a region with a different language, especially among French and German speakers.

When asked what they would do if they had a job or internship 90 minutes from their homes, two thirds said they would rather endure the daily three-hour commute than move to another canton, especially if it’s a different linguistic region. On the other hand, almost have of all young Swiss Italian speakers would consider moving to another part of Switzerland for work or study, despite the language barrier.

Factors such as the socioeconomic environment and enrollment into tertiary level education play a big part in a person’s ability to move abroad for study, work or pleasure.