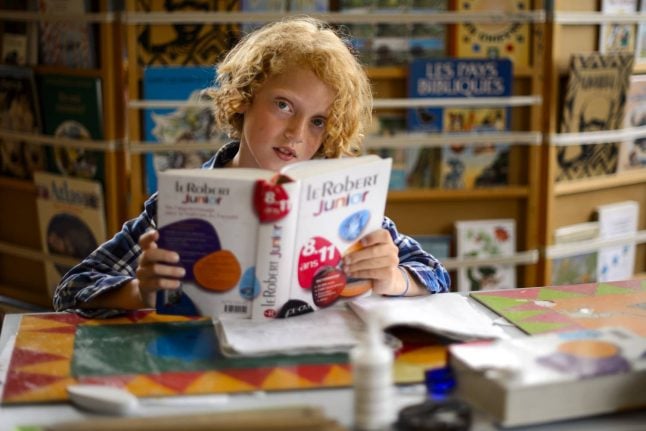 Homeschooling is not completely banned in Switzerland, although it is heavily restricted in most cantons. Photo: AFPFABRICE COFFRINI / AFP

In late September, the Swiss Federal Court handed down a ruling which upheld the rights of cantons to restrict or even ban homeschooling.

The court effectively said Swiss residents do not have a constitutional right to homeschool their children, allowing cantons the legislative power to decide upon whether or not it should be restricted.

The case concerned a mother who wanted to homeschool her child in the city of Basel, where homeschooling is only permitted if the parent can show that school attendance is impossible.

The Swiss constitution guarantees a right to privacy and family life, but the court said that this did not extend to homeschooling.

The debate surrounding homeschooling in Switzerland – as with elsewhere in Europe – has been particularly fraught in recent years.

Due to geographical problems accessing schools or the special needs of a child – as well as other practical and ideological differences –  parents have sometimes seen homeschooling as an alternative.

Swiss federal law does not restrict homeschooling. Instead – along with other education policy – it is left up to the individual cantons to decide.

A number of Swiss cantons do however place some kind of restrictions on homeschooling. It is completely banned in Ticino, while in others such as St Gallen and Zurich although it is allowed, getting permission to homeschool is seen as “virtually impossible”.

In Lucerne, Zug and Schwyz there is a requirement that teachers who homeschool are accredited, while Bern and Aargau allow homeschooling teachers to operate without an accreditation.

Of the 1,000 children who are homeschooled in Switzerland, approximately 600 of them are in the canton of Vaud. The western Swiss canton is considered to be one of the most permissive of homeschooling in Switzerland.

Why is homeschooling banned?

Although in many English-speaking cultures homeschooling is common place, it is frequently restricted or banned throughout Europe.

While it is constitutionally guaranteed in Italy and Ireland, other countries like Germany, the Netherlands and Sweden ban the practice.

Common justifications for banning homeschooling include a need to ensure children receive the same moral and ideological foundation, a desire to ensure school attendance, a lack of social skills among homeschooled children and concerns about the standard of education.