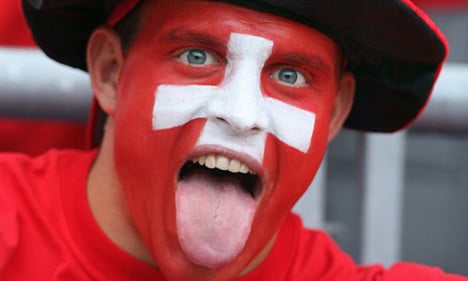 Swiss Germans are incredibly proud of their own homegrown branch of German, known as Schwyzerdütsch or more simply as Dialekt.

Impenetrable to foreigners and even to many Germans, the sing-song language of German-speaking Switzerland is actually made up of dozens of dialects with locals able to pick up in matter of seconds whether someone comes from Bern, Zurich or Graubünden.

Swiss German is also an incredibly playful language – perhaps because it doesn’t have an official written form.  Here are nine key Swiss German words everyone should know and which help explain the culture of this mysterious Alpine country.

Forget mountain passes, rivers and lakes – the most important division in Switzerland is the invisible language and culture barrier known as the Röstigraben, or Rösti Trench, which runs between the French-speaking and German-speaking part of the country.

Named after the typically Swiss German potato dish rösti, this rift symbolizes the supposed deep divisions and mutual incomprehension between the two largest groups in the country.

While Swiss Germans and their French-speaking compatriots study each other’s languages at school and go on language exchanges when they are young, the two groups tend to do a very good job of ignoring each other.

In fact, Swiss Germans are more likely to be in tune with events in Germany than with the western half of their own country while the Romands have half an eye on France.

But as Swiss writer Peter Bichsel once pointed out, perhaps this doesn’t matter at all. The country seems to function just fine despite the huge variety of languages and dialects.

Kantönligeist refers to the intense desire for independence on the part of Switzerland’s cantons. For many people this small-mindedness sums up everything that is wrong with politics in Switzerland as cantons often refuse to cede an inch of ground to the federal government because they believe they are best placed to know what their regions need.

Thanks to Kantönligeist, Swiss cantons have their own education systems and their own tax regimes. It also means moving from one part of the country to another can be an administrative nightmare.

This insult – based on a real Swiss surname – applies to those boring people who follow all the rules and make sure everyone else does too. A Bünzli is the sort of person who would never cross the street when the light is red, who never stays out too late and never gets too drunk.

He is also the person most likely to complain to the building president when you dare to do your washing on Sunday, or to ring the police when he sees someone parked in front of a fire hydrant. Think garden gnomes and socks paired with Adiletten and you have the idea.

The matter of garbage is a serious business in Switzerland and local councils have come up with all sorts of innovative ways to make people reduce their household waste. Among these is the so-called Abfallsackgebühr, or rubbish bag fee. Basically, in many parts of Switzerland you have to use very expensive council-approved rubbish bags to dispose of your waste. The idea is that you won’t produce as much garbage if you are paying through the nose to do so.

And don’t even think of trying to dump your rubbish illegally, or in a non-approved garbage bag. There are rubbish detectives who rifle through illegally dumped garbage to track down offenders.

Znüni (at nine o’clock) is the snack break you take at nine o’clock in the morning. A sort of second breakfast, it’s a chance to down a quick coffee, read the paper, chat with a colleague or eat a sandwich or Gipfeli (as croissants are known in the German-speaking part of Switzerland). By the way, the afternoon break is called Zvieri (because it takes place at four o’clock).

Literally someone who “shits little dots”, a Tüpflischiesser is a pedant for whom everything has to be done in the right way. This could include the government official who makes you redo a form because you’ve filled everything out in black pen rather than the blue pen clearly specified. Or it might include the neighbour who enjoys reminding you cleaning is not allowed after 10pm.

For many Swiss people, there are actually only two countries in the world, Switzerland and Ausland (or overseas). Tell someone you’ve been to Germany or Croatia, or Zimbabwe and they might nod their head sagely and say, ‘Ah, so you’ve been in Ausland’. Enough said.

The other key word here is Ausländer, or foreigner, which often has a negative connotation. Then again, you’ll often hear people speaking about ‘good’ Ausländer (that is, those who have properly integrated into Switzerland).

A Büezer is the Swiss equivalent of a blue collar worker – a builder or a member of a road crew who works hard and likes an after work (Feierabend) drink too. If you still don’t get the idea – or if you just want to look at photos of good-looking men – see here.

No article about Swiss German would be complete without the word Chuchichäschtli, or kitchen cupboard.  With its three hard ‘ch’ sounds, this word is almost impossible for foreigners – including High German speakers – to get their mouth around, and making a good stab at this is sure to win you plenty of respect.

Fortunately it’s not a word that comes up in conversation too often. Chuchichäschtli came out on top in a poll of Local readers favourite words. What is your fave?

What are your favourite Swiss-German words? Let us know in the comments section below. 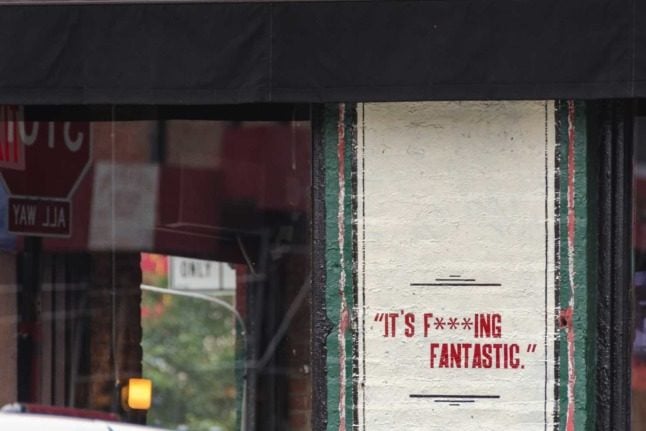 SWISS GERMAN
15 ways to swear like a Swiss German

LANGUAGE AND CULTURE
From ‘natel’ to ‘ça joue’: The Swiss French words which help you sound like a local
Url copied to clipboard!