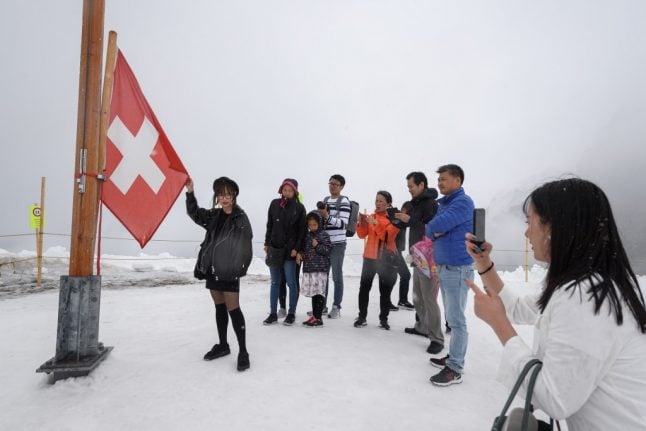 What does the survey show?

It found that Japan and South Korea are the preferred winter destinations for Asian tourists. But in Europe, Switzerland is their top choice, with 96 percent of respondents in India and 90 percent in China saying they prefer a holiday in this Alpine nation over other European countries, such as France.

Is the number of visitors from Asia significant in Switzerland?

According to official numbers, there has been a big increase in tourists from Asia, particularly from China and India. In 2018, nearly one million Chinese visited Switzerland, and 348,000 came from India.

Switzerland and its mountain scenery are very popular in India, for instance, as Swiss Alps have often been used as a backdrop for Bollywood films. Swiss Hotel Association has even published a special brochure  on how “to best give Indian guests a warm welcome.”

And to lure Chinese visitors, Switzerland Tourism, the country’s official tourism board, is offering custom-made tours through the country’s most beautiful regions at their preference and pace.

What are the most popular winter destinations for Asian tourists?

Zermatt, which lies at the foot of the famous Matterhorn, is a clear favorite for Japanese tourists. But generally, a typical tour favored by Asian tourists covers Grindelwald, Interlaken, Engelberg and Geneva, ending at Zurich Airport.