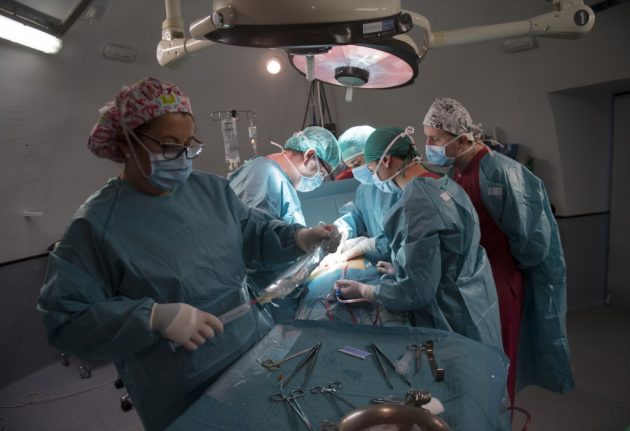 A new study outlines how Swiss healthcare could be improved. Photo: Pierre-Philippe Marcou/AFP

A new report by the Federal Office of Public Health (FOPH) sheds light on some troubling facts about the care patients receive in Swiss hospitals and doctors' offices.

For instance, about 10 percent of patients have suffered some kind of damage – including infections – during medical treatment. Half of these complications were preventable, FOPH said.

Another disturbing fact mentioned in the report is that nearly a quarter of Swiss pensioners are prescribed drugs that are not appropriate for their medical condition.

“Our priority should be on medications and the infections associated with the care,” FOPH stated.

The document also cites a lack of transparency on the part of hospitals. The information they record is incomplete, even though it is necessary to monitor treatments and evaluate medical procedures.

“The lack of usable and accessible information hinders progress in the quality of treatment,” FOPH pointed out.

However, “the development of quality and safety indicators valid for the whole of Switzerland would make it possible to remedy the most obvious shortcomings”.

The study makes a series of recommendations for improved care, urging all health providers “to create a culture that encourages learning from mistakes and reporting risky behaviors”.

Health personnel should be better trained in quality of care and patient safety, FOPH remarked. The report also recommends more involvement of patients and their relatives. Their experiences and opinions are too rarely used in Switzerland.

The partial revision of the law on health insurance, adopted in June by the parliament, will lay down legal bases and the financial means to reinforce the quality of care and the safety of patients. These new provisions are expected to come into force in 2021.