Saint Nicholas: Three Swiss Christmas traditions you should know about

Christmas customs and celebrations in Switzerland might be a bit more subdued and less flashy than in some other countries, but they are rich in traditions.

The Christmas season in Switzerland begins on the first day of Advent, which this year was Sunday, November 27th.

Two customs are associated with this time of the year in many Swiss households.

One is the Christian Advent candle, a four-candle wreath placed on the table. On the four Sundays on the run up to Christmas, one candle is lit each time, until all four are burning on Christmas Eve. Traditionally, these wreaths are made from evergreen twigs and pine cones, but these days all kinds of decorative materials are used.

For believers the wreaths symbolise the eternity of God and immortality of the soul. The four candles represent hope, faith, joy, and peace.

Another custom, especially practiced in small towns and villages, are the so-called Advent windows. Twenty-four residents are selected to decorate one of their windows in a Christmas theme.

Every evening between December 1st and 24th, one window is ‘unveiled’ at a set time; the others stay shut until their turn comes. Townsfolk or villagers gather around to watch how the shutters of the house are opened and the window is revealed.

Once opened, the windows stay lit until Christmas Eve.

Saint Nicholas Day: On December 6th, St. Nicholas (so named after Nicholas of Myra, Patron Saint of children) comes to visit the children of Switzerland. This Swiss version of Santa Claus is called Samichlaus in the German-speaking part, and Saint-Nicolas in the French. He is typically dressed in bishop’s robes, wears a mitre on his head, and carries a staff. 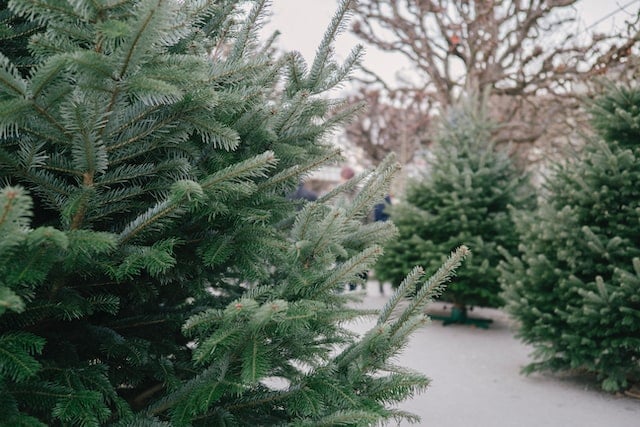 He is accompanied by a donkey (which totes a sack filled with chocolates, peanuts, and mandarines on his back), and his helper, “Schmutzli”. Called “Père Fouettard” in French, this evil sidekick carries a bunch of twigs for punishing naughty children.

In order to get a treat from Samichlaus / Saint-Nicolas, children are encouraged to recite a poem or sing a song.

Just for the record, Schmutzli never actually whips the children — that would of course be illegal. But his menacing presence is supposed to be a deterrent to bad behaviour.

One typical snack for the St. Nicholas Day, which is being sold in nearly all Swiss bakeries is the ‘Grittibänz’, a pastry shaped like a man, made from leavened dough. Its eyes are raisins, and he pipe in his mouth is made from paper.

Christmas Eve: Many Swiss families celebrate Christmas on December 24th. That’s when the tree is lit. Many people still prefer real candles over the electric lights, regardless of fire risks they pose.

After the evening meal — traditionally ham and scalloped potatoes, but more and more frequently a fondue is served — the gifts are opened.

After the celebrations, families often head to the midnight church services.