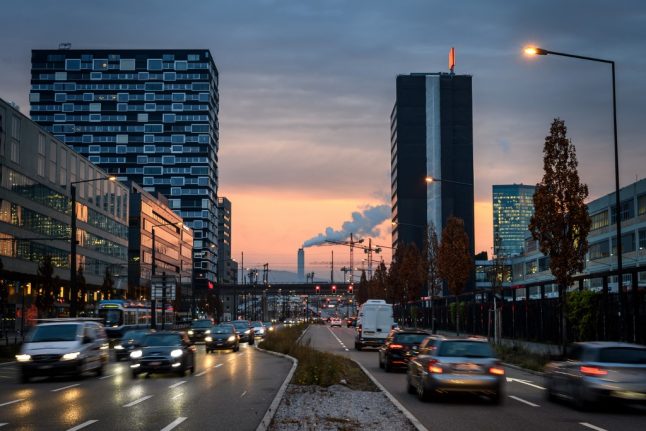 Be prepared for heavy traffic if you set out during the holiday season. Photo: Fabrice Coffrini/AFP

Road traffic during the holiday season is always dense, with bottlenecks slowing down the flow and causing long delays on some routes.

The fact that Switzerland is located at the crossroads of four countries – France, Italy, Germany and Austria – also contributes to holiday traffic woes.

Federal Roads Office is predicting congestion on the following roads:

Jams may also occur in the Bernese Oberland, Graubünden and in the Valais. Long wait times are predicted at border crossings in Au, Koblenz, St. Margrethen and Thayngen.

According to the motoring organization Touring Club Suisse (TCS), bottlenecks are also expected around the two entrances to the Gotthard tunnel – one in Göschenen and the other in Airolo.

TCS is also reminding motorists to travel “with complete and functional winter equipment”, which includes snow tyres and, when travelling in mountain areas, chains.