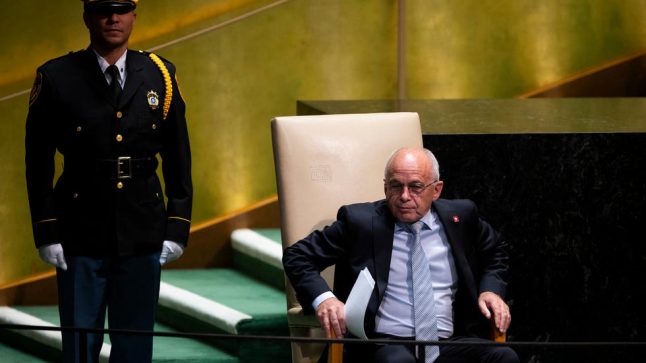 “The central banks are not going to accept the basket of currencies” that Libra is supposed to be based on, Ueli Maurer, who is in his final days in the rotating presidency of the Swiss Confederation, Switzerland's federal council, told SRF.

Libra, a high-profile project of social network giant Facebook, is tentatively scheduled for a 2020 launch but has faced months of severe criticism from some of the world's most influential financial authorities.

In theory, Libra will be managed by a Geneva-based independent association linking several companies and non-profit groups.

But since early October, the online payment companies PayPal and Stripe, as well as Visa, Mastercard and others, have withdrawn from the project amid growing pressure from American and other regulators.

They have cited the potential for illicit uses of the currency and have underscored the battered reputation of California-based Facebook in matters of privacy and data protection.

Countries and central banks — for now the only entities legally permitted to issue currency — have also expressed concern about a blow to their sovereignty.

“We will take steps with the Italians and Germans, because our sovereignty is at stake,” he said, speaking in Washington on the sidelines of the fall meeting of the World Bank and International Monetary Fund.

“Without requisite safeguards, stablecoin networks at global scale may put consumers at risk,” Fed Governor Lael Brainard said in a speech in Frankfurt.

Cryptocurrencies to date have suffered from “staggering” losses due to fraud and theft, Brainard said.

Stablecoins are a type of cryptocurrency designed to provide stability — avoiding the wild swings of bitcoin and other cryptocurrencies — by being pegged to relatively stable assets or currencies.

Libra is designed to make it easy for users of WhatsApp, a Facebook-owned messaging platform, to instantly send funds to friends or family.

The size of Facebook — 2.2 billion people worldwide connect on at least one of its platforms, which also include Instagram, WhatsApp and Messenger — would give it the potential to disrupt the global financial system, making it far harder for central banks to manage, Fed chairman Jerome Powell told US lawmakers in July. He expressed “serious concerns.” The Libra association declined to comment when contacted by AFP.

But in October, Facebook CEO Mark Zuckerberg testified before a congressional committee that Libra would not be launched until it received all necessary authorizations from the authorities.

In response to regulators' resistance, Zuckerberg last month opened the door to scaling back plans for Libra if it cannot win the needed approvals.