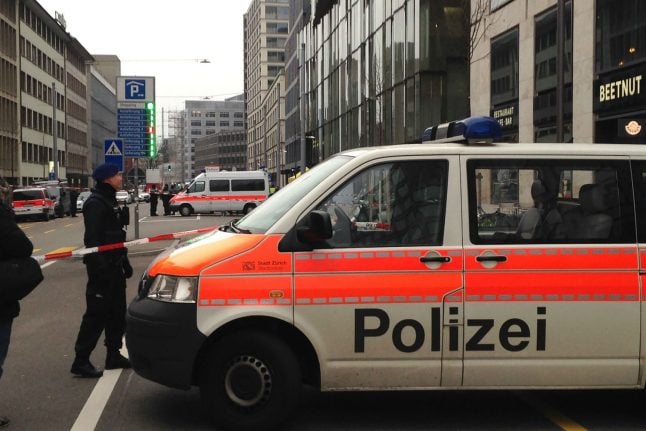 The initiative was launched by the Swiss government on Monday, which would require Zurich police to name not only the nationality of offenders but also their age and gender.

Similar information must be released concerning victims of crime, provided there is no way that the released information would allow them to be identified.

As reported in Swiss daily 20 Minutes, the government initiative was launched as a counter-proposal to an initiative from the right-wing Swiss People’s Party (SVP).

This proposal would have required the police to not only release the above information, but also to make public the ethnicity of perpetrators, i.e. whether or not they had a migrant background.

READ: Have your say: Is it time foreigners in Switzerland had the right to vote?

After the SVP submitted their initiative, the government launched its own – with the one major difference being that the ethnicity/background requirement was removed.

Pursuant to Swiss law, it is now up to the SVP as to whether or not it withdraws its initiative.

If the SVP proposal is withdrawn, the government initiative will stand. If not, the people of Zurich will need to vote on the SVP initiative and the counter-proposal.

READ: Where in Switzerland do all the international residents live?

The initiative was launched in response to a shift in the city’s policy whereby the nationality as well as other personal characteristics of perpetrators of crime would not be named.

The SVP collected just under 10,000 signatures to support its initiative, saying that refusing to release information surrounding a person’s background amounted to “censorship”.

Only 6,000 signatures were required to have the initiative placed before the Zurich parliament, indicating the popularity of the proposal.

Indeed, across Switzerland it is becoming more common for police to provide personal details of criminal perpetrators – particularly with regard to nationality.

As reported in 20 Minutes, the SVP has been pressuring cantons across the country to release identifying information on accused perpetrators wherever possible.