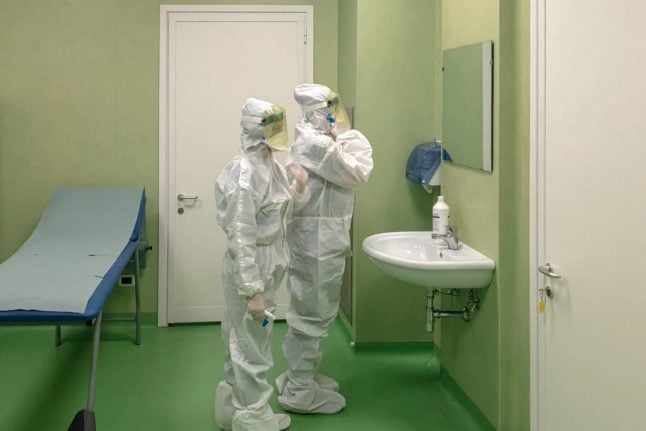 Illustration photo: AFP
The two suspected cases of coronavirus in Switzerland are still being analysed and have not been confirmed by medical authorities.
The results of tests are expected to be returned on Tuesday morning, said a statement from the Triemli hospital in Zurich.
UPDATE: Get the latest on suspected coronavirus cases in Switzerland
The two patients were hospitalised and quarantined after showing symptoms of infection after recently returning from China.
Zurich hospital chiefs said both patients were “doing fine” on Monday.
There is no risk for the other patients or the employees of the hospital, officials said.
France announced on Friday that there were three confirmed cases of Coronavirus, two in Paris and one in Bordeaux.
They were the first in Europe. All three patients had recently been to China.
On Monday the French health minister Agnès Buzyn said she expected more cases to emerge in the coming days.
Patrick Mathys, head of the crisis management section at the Federal Office of Public Healthexternal link, told the Sonntagsblick newspaper that the epidemic could spread to Switzerland, a popular destination for Asian tourists.
“We are also in contact with tour operators who organise group tours from Asia to Switzerland,” Mathys said adding that Switzerland was well prepared for the worst-case scenario but that it zero-risk was impossible.
“We have well-equipped large hospitals that could take coronavirus cases,” he said.
Switzerland like many European countries was expected to see its tourist industry hit by China's move to impose travel restrictions to halt the spread of the virus.
Tourism officials in Switzerland predict a fall of up to 50 percent in the number of visitors from China in the coming weeks.
In China, the number of fatalities from the viral pneumonia epidemic jumped to 81 on Monday with some 2,744 cases confirmed in the country.
The World Health Organization on Monday said the global risk from the deadly virus in China was “high”, admitting an error in its previous reports that said it was “moderate”.
The UN health body said in a situation report published late Sunday that the risk was “very high in China, high at the regional level and high at the global level.”
In a footnote, the WHO said there had been an “error” in previous communications published on Thursday, Friday and Saturday which “incorrectly” said the global risk was “moderate”.
Asked for more detail, WHO spokeswoman Fadela Chaib said only that it was “an error in the wording”.
The WHO on Thursday stopped short of declaring the virus an international public health emergency — a rare designation used only for the most severe outbreaks that could trigger more concerted international action.