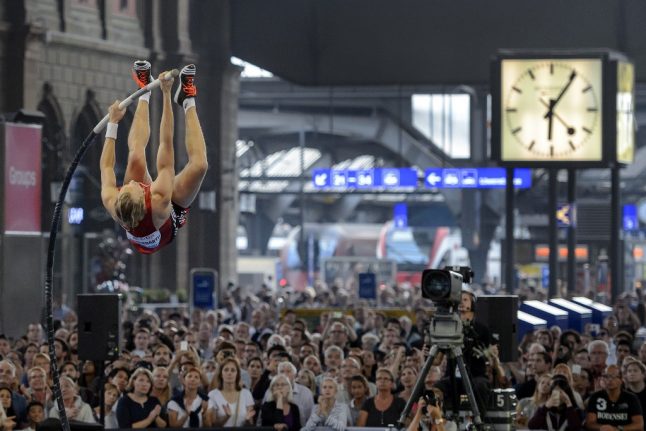 Zurich central station scored 111 points on the index behind St Pancras which topped the table on 116 points (see below). The highest possible score was 139.

Bern rail station was ranked just outside the top 10 in 11th position.

Among the main factors taken into account were how crowded the platforms are, overall cleanliness, wheelchair accessibility, the number of domestic and international destinations, as well as shopping and dining venues.

Zurich's central station scored a maximum 100 percent for “cleanliness” and was also marked highly for having elevators down to platforms and its general “accessibility”.

The signage was given a score of 90 percent with the station described as “clear and easy to find your way”. The Hauptbahnhof has an abundance of conveniences for passengers passing through Zürich, which boosted its position in the rankings.

These perks include the ShopVille shopping mall with 202 stores, as well as a variety of restaurants – 62 in total –  and coffee shops, including the iconic Sprüngli chocolate maker.

The station scored highly for “competition” given that four different rail companies use the station and for being connected to local travel networks.

READ ALSO: Swiss train etiquette: What annoys passengers in Switzerland the most?

Nearly 3,000 trains arrive and depart from the station’s 26 platforms daily, including to and from 10 international destinations in Germany, Austria, France, and Italy.

Some 470,000 passengers pass through the station each day.

Smoking and vaping is now only be allowed in small, clearly-marked areas on certain station platforms.

“People who don't want anything to do with smoking can keep away [from those areas],” a spokesperson for the public transport union VöV told Swiss national broadcaster SRF at the time.

The changes at Zurich main station are part of a nationwide roll-out of designated smoking areas at Switzerland's train stations.

READ MORE: Commuting workers in Switzerland can now be paid for work done on the train