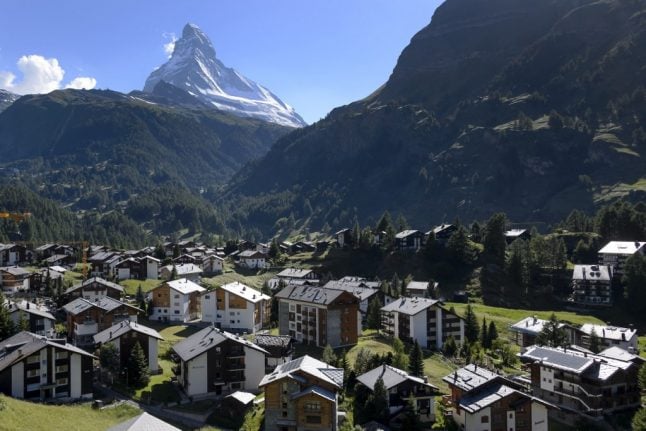 SWITZERLAND IS THE WORLD'S SAFEST NATION FOR VISITORS, A STUDY SHOWS. PHOTO BY FABRICE COFFRINI / AFP

According to the 2020 Ranking of the World's Safest Countries by the travel insurance comparison website Insurly, Switzerland is the world's most secure travel destination.

How did Switzerland get the top rating?

Top scores that Switzerland received are a result of a variety of factors. Insurly ranked 180 countries worldwide based on various risks that may happen when people travel. They include the annual number of tourists killed or injured on roads, the risks of epidemics, violence, terrorism, natural disasters, as well as whether the airlines flying into and out of the country are on the European Commission's blacklist.

Other criteria, such as the quality of healthcare, are also taken into account.

The study also rated air quality, sanitation infrastructure, as well as risks of exposure to diseases such as yellow fever and AIDS.

In what areas did Switzerland score well?

Switzerland is the only country on the list that scored more than 90 points out of 100 in all major categories.

It scored 98 on availability of transport, 92 on health, and between 90 and 91 in risks of violence and natural disasters.

How did other countries rank?

On the opposite side of the spectrum, the three riskiest destinations for travelers were South Sudan, the Democratic Republic of Congo, and the Central African Republic.

In what other ways is Switzerland safe for travelers?

One important factor is crime, and Switzerland has one of the lowest rates in Europe.

For more information on crime rates in Switzerland CLICK HERE.

The Local also reported recently how Switzerland's roads are among the safest in the world.

A report released in January 2020 revealed that Switzerland's roads are safe – and getting safer.

Only three countries in the world have a lower death rate on their roads – Singapore, Ireland and Sweden – while only two countries have a lower risk of death in the instance of a road injury (Slovenia and New Zealand).

Is this the only recent study in which Switzerland did well in terms of safety?

No. The latest survey from the US News & World Report, released earlier this month, has also put Switzerland on top when it comes to safety.

And in December, International SOS, a travel security risk services company, has ranked Switzerland among the world's least dangerous nations to travel in.

And incidentally, Switzerland is also among the safest countries worldwide for expats according to a report by Internations.

In the report some 96% of expats feel personally safe in Switzerland.

The report said: “Switzerland is considered a safe place to live, with 75% of expats in Switzerland rating their personal safety as very good (vs. 48% globally) and just 1% rating the level of peacefulness there negatively, compared to 10% globally.”