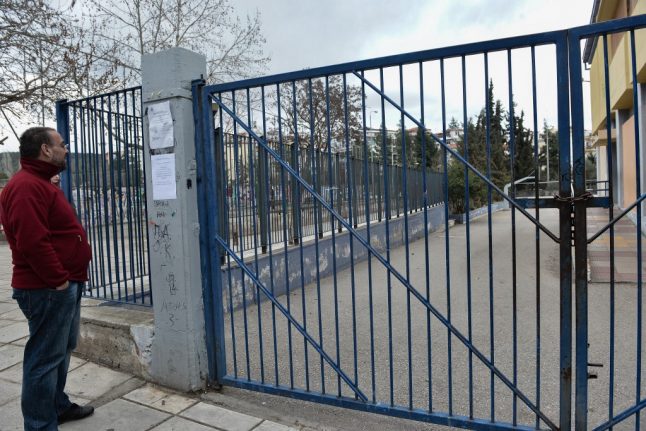 The move at the Bienne technical high school marks the first measures against COVID-19 that affect a school in Switzerland, where over 20 people have tested positive since a first case emerged less than a week ago.

Authorities in the canton of Bern, where the school is located, said Saturday that a 21-year-old woman had been found to have the virus, after she returned from a trip to Milano in Italy, which has been hard-hit by the
outbreak.

As a result, two classes had been placed in quarantine for the next 15 days, authorities said Sunday.

According to the ATS news agency, 45 students and nine teachers were affected.

A luxury resort hotel in Bad Ragaz in St Gallen has also ordered five employees into quarantine after they came into close contact with a person who tested positive in Zurich, the Blick daily reported Sunday.

Switzerland's confirmed cases of COVID-19 are spread across 12 cantons, including five cases in international hub Geneva.

So far, no transmission has been detected in Switzerland, with all those confirmed to have the virus in the country apparently infected in Italy, which has clocked more than 1,000 infections and 29 deaths.

In a bid to rein in the spread, Switzerland on Friday suspended all events with more than 1,000 participants until March 15, forcing the cancellation of the Geneva International Motor Show.