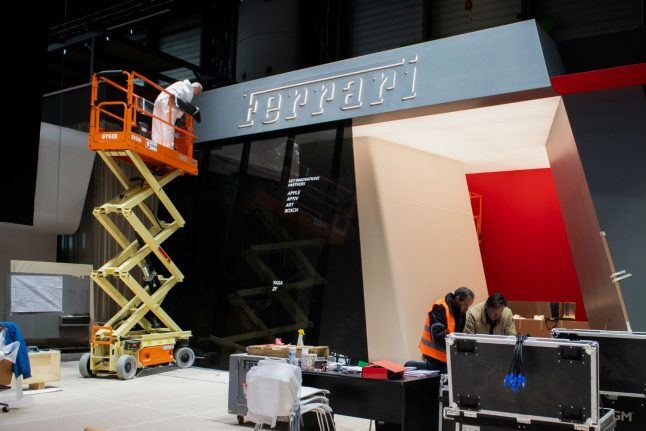 The first case of coronavirus was confirmed in Switzerland on Tuesday February 25th in the southern canton of Ticino.

Swiss businesses, in an effort to halt the spread, have taken up a variety of measures including encouraging employees not to shake hands to cancelling business trips.

The military has also gone into effective quarantine – with one service member already testing positive.

While some businesses have taken steps to curb the spread, others have been cancelled completely – including the Geneva Motor Show.

No masks in parliament

Swiss People's Party councillor Magdalena Martullo-Blocher wore a mask into a parliamentary session on Monday, but was later told either to remove it or to go home if she was sick.

FDP National Councilor Isabelle Moret told Martullo-Blocher to remove the mask as it was unnecessary and acted as a distraction.

Martullo-Blocher later told 20 Minutes she wasn't trying to cause hysteria by wearing the mask and only wanted to “be on the safe side”.

Employees must not shake hands

As reported in Swiss daily 20 Minutes, Swiss building company Holcim told its staff operating on the Italian border to avoid shaking hands due to the virus.

The poster said “Due to the current situation, please avoid shaking hands”.

Similarly, telecommunications company Swisscom and supermarket Coop have told employees to avoid shaking hands and touching their faces, while reminding them to wash their hands frequently.

READ: What is Switzerland doing to prevent coronavirus spreading from Italy?

Swiss Post has also circulated a memo asking employees to refrain from shaking hands and kissing.

The Swiss Swatch Group is carrying out fever checks on employees in Ticino at the entrance, reported the news portal 20min.ch.

As yet, schools around Switzerland remain open.

In some cantons however, such as in Basel, are currently on school holidays and will debate whether or not to open again on Monday.

Swiss food giant Nestle, owner of KitKat and Nespresso, on Tuesday said it was postponing all business trips until March 15 at the earliest because of the new coronavirus epidemic.

“We have asked all of our employees worldwide not to travel for business purposes until March 15 2020. We will review this measure in light of external developments,” a company spokesman told AFP, quoting an internal note.

The spokesman said that the company was not calling back expatriate employees but added: “We monitor the situation closely to ensure the safety of our employees.”

Nestle, which owns a range of household brands including also Nescafe, Maggi and Perrier, employs 291,000 people.

Jan Jenisch, head of the Swiss cement company LafargeHolcim said, “as a model for the 72,000 employees”, he had cancelled all trips in March, including a trip to investors in New York and London. Now there will be a conference call instead.

The cosmetics giant L'Oréal is suspending its international and intra-European business trips until the end of March in order to protect its employees.

As reported yesterday by The Local Switzerland, the Swiss army has ordered its 10,000 active service personnel to remain on base so to avoid contact with the public.

The objective of the seclusion is to ensure service members are ready to support civilian efforts to contain the virus.

Soldiers have also been asked to sleep 'head to tail' in order to create a greater distance between heads as to provide additional protection against infection.

An official advice issued by Zurich authorities on Tuesday afternoon recommended residents avoid parties and events with persons from heavily impacted areas, as well as advising the general public to keep their distance from older people.

The recommendations are in addition to the government's recent ban of events involving more than 1,000 people, however are advisory only and are not binding.

Up to date information

Swisscom told 20 Minutes that they were running an up to date internal memo service with all the latest developments on the virus.

The Swiss Office of Public Health will release an information campaign detailing how to stop the spread of the virus.

Posters and leaflets will be left at airports and train stations.