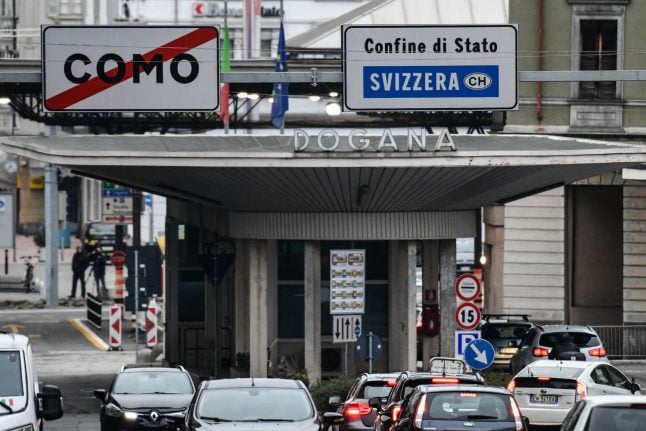 Travelling into and out of northern Italy from Switzerland was continuing by rail and road on Tuesday – despite a government lockdown that was meant to isolate the country in the grip of a coronavirus outbreak.

On Tuesday afternoon however, Ryan Air and British Airways cancelled flights to and from Italy.

Despite Austria closing its border with Italy on Tuesday morning, Swiss authorities are keeping the border open – awaiting further advice.

The Swiss government has assured cross-border workers – of which there are close to 70,000 – that they will be allowed to cross the border, although they may be subject to checks.

While several countries have put in place restrictions on travel to Italy, Switzerland has so far decided not to put in a ban – although a recommendations have been made not to travel to Italy.

The southern Swiss canton of Ticino, which borders Italy, has been the heaviest hit by coronavirus. As at Tuesday morning, March 10th, there were more than 90 confirmed cases.

Also on Tuesday morning, an 80-year-old man who had lived in a nursing home died in the canton – making him the first victim of the virus in Ticino and the third in Switzerland.

Within Italy, travel is allowed only for compelling reasons such as work or medical need — and for those who had been in other regions of the country temporarily to return home.

READ: 'Stay at home': What are Italy's coronavirus quarantine rules?

Officials promised to set up checkpoints to enforce the measures, which are backed by fines of more than €200 ($230).

The Swiss government has however said it has no plans to close the border.

In a phone call between Italian Foreign Minister Luigi Di Maio and his Swiss counterpart Ignazio Cassis on Sunday, the countries promised that the border would not be shuttered and would remain open to cross-border commuters.

There are approximately 70,000 cross-border workers who live in Italy but work in Switzerland.

An estimated 4,000 of the total 28,000 health care workers in the southern Swiss canton of Ticino live in Italy.

Airlines including EasyJet and Alitalia were still serving airports in Milan and Venice — the region's two biggest transport hubs — even as all three companies announced fresh cuts to their flight schedules serving northern Italy.

But the airline said it wanted to maintain some services to Italy “to bring home” foreigners in Lombardy and other virus-hit regions.